National events under review by MA as further postponements loom

MX Nationals, AORC and A4DE races to be confirmed in the coming weeks. 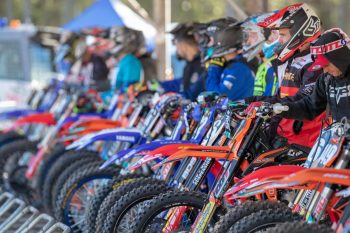 Motorcycling Australia (MA) is currently reviewing the status of nationals events through to June, as it responds to further restrictions on travel and mass-gatherings imposed by the government due to the coronavirus.

MA insists it’s committed to conducting as many events during the next three months as possible, and is moving to implement the guidelines, requirements and regulations as defined by the various national and state governments.

A selection of MA permitted events will be able to continue without spectators or where they involve fewer than the recommended 500-person limit for mass-gatherings, while with other events, the significant financial impact on the clubs or promoters won’t make it viable. In this case MA supports postponement or cancellation as needed.

At this stage, Horshmam’s MXstore MX Nationals season-opener as already been postponed to the second half of the year, while rounds three and four at Newry in Victoria and Gympie in Queensland are under review.

Nowra’s fifth and sixth rounds of the Yamaha Australian Off-Road Championship (AORC) are also under review, as is the Australian Four-Day Enduro (A4DE) in Victoria. 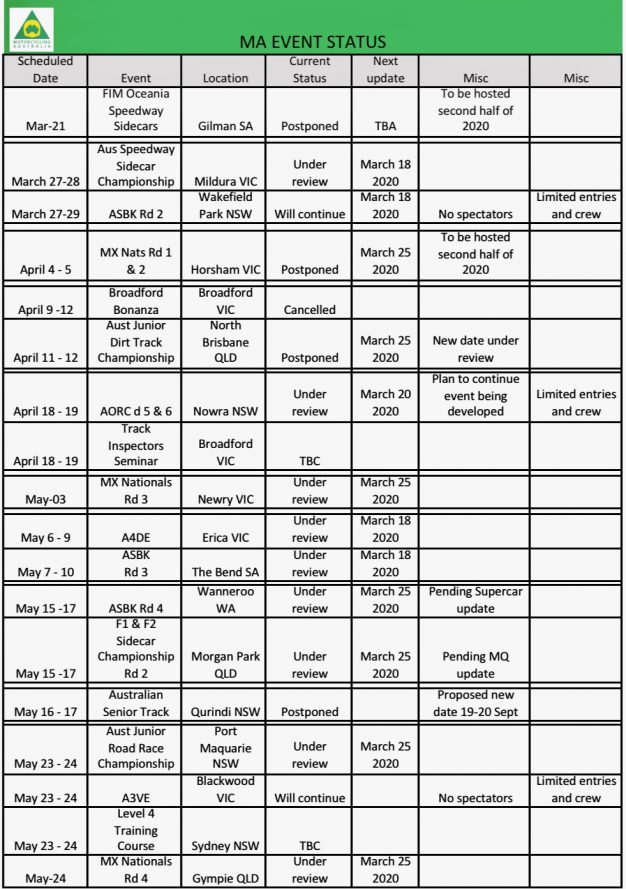