Premier class rookie overcomes femur injury ahead of round one. 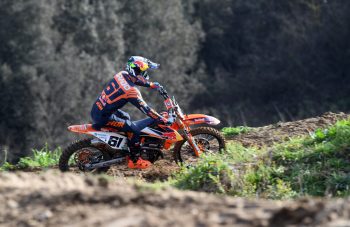 The premier class rookie recommenced riding this month, and felt his health was at an adequate level to return to competition in an effort to salvage points.

“I’m really happy I can be at Matterley and I made the decision to go so I could grab some points that might be important by the end of the championship,” Prado explained. “I feel like I need to be there. I have been working very hard since I had surgery in order to be able to line-up at that race.

“I will not take any risks. I’ve been on the bike for just two weeks so I’m not expecting anything. If you have a break of two months then only two weeks of preparation is really nothing. I felt I could ride a bit harder in the last few days and put my foot on the ground.

“The team is super-happy I will be there. I’m starting my MXGP career in a tough way but I hope after a few rounds I will feel better and can train more.”

It’s anticipated this weekend’s opening round will be played out in muddy conditions, with rain predicted across both Saturday and Sunday.