Round two of the off-road season signifies an intense year ahead. It was another winning result for Daniel Milner (E2) in Toowoomba’s second round of the 2020 Yamaha Australian Off-Road Championship (AORC), which also saw Daniel Sanders (E3) and Mason Semmens (E1) take victories.

In the E2 category it was Milner who led the way at 59m40.014s, ahead of enduro newcomer Waters, with the experienced Josh Green (Yamaha Active8 Yamalube Racing) finishing third for a repeat podium of yesterday.

The E1 division belonged to newcomer Semmens, who was signed to KTM in the off-season and started in the strongest possible way. He won ahead of Kyron Bacon (KTM) and defending champion Luke Styke (Yamaha Active8 Yamalube Racing), who had a mishap in test two.

Rounds three and four of the 2020 Australian Off-Road Championship are scheduled for Dungog in New South Wales on 14-15 March. 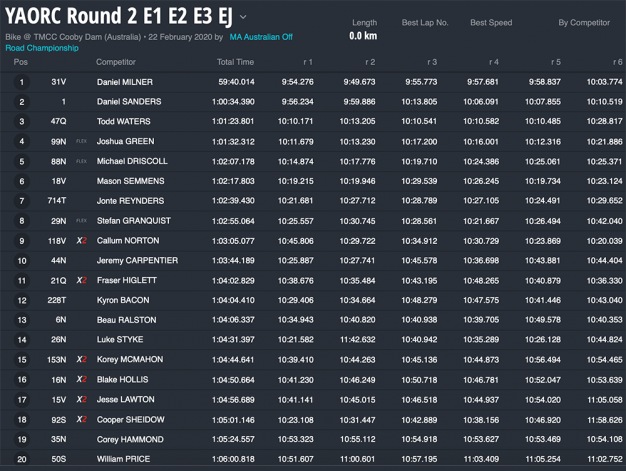