KTM Enduro Racing Team newcomer on his rookie season ahead.

Youthful Victorian Mason Semmens is set make a bold transition to the Australian Off-Road Championship (AORC) in 2020, racing under the KTM Enduro Racing Team in what will be his maiden season of enduro racing.

Semmens, just 18 years of age, has been an MX Nationals contender racing to a number of podiums throughout 2019 before his campaign was brought to a premature end by a wrist injury.

A Hattah Desert Race regular, an event he claimed fifth outright in last year, off-road racing isn’t completely new to number 18, having competed in select enduro races over the years, including the 2019 AORC finale in Hedley, going 10-7 outright across the two days. 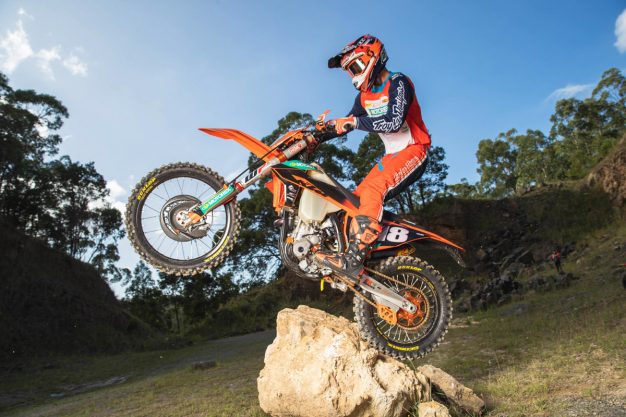 It was enough to make him pursue a transition in disciplines, and with the departure of America-bound Lyndon Snodgrass, an opportunity opened within the factory KTM squad.

“At the end of last year I broke my wrist at Moree MX Nationals, and I had a few bad years racing motocross,” Semmens explained to MotoOnline.com.au. “I went and did a few off-roads last year – I went to the Hedley AORC and actually got my best result in enduro, and I thought this is doable.

“I then raced a VORC at Omeo and did not too bad – I called Glenn Kearney and told him I was interested in racing off-roads. There wasn’t much there for a while, and Lyndon ended up going to America and I got the opportunity to ride in the E1 class with KTM.”

Semmens is in good company at the KTM Enduro Racing Team, being paired up with former ISDE outright champion Daniel Milner. Building upon their existing friendship, the duo have become close training partners throughout the off-season, with Milner proving to be the perfect mentor for Semmens in his rookie year. 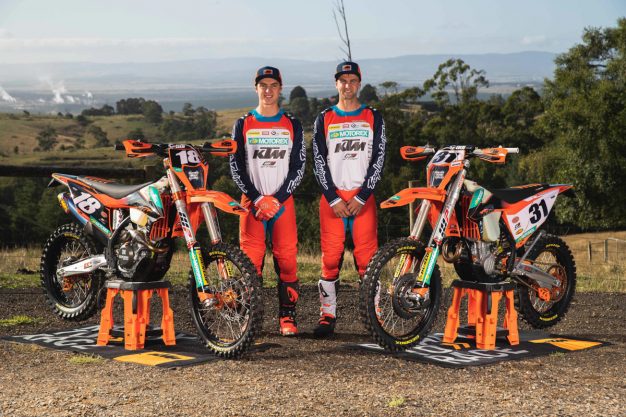 “Milner is only an hour and a half away from where I live, so he comes to mine or I got to his. We’re always training together – he proved he’s the best in the world at the ISDE in 2018, to learn off him and ride with him almost every day, I can’t ask for much more really.”

Set to challenge the highly-competitive E1 category, Semmens hasn’t set his goal lightly in 2020, and is looking to fight for race wins against two-time E1 defending champion Luke Styke.

“I obviously want to be vying for the win – Luke Styke is going to be the most competitive in that class and there will be other fast guys. But 100 percent, I want to be pushing for E1 class wins – that’s what I’m working hard towards.”

The Australian Off-Road Championship kicks off on 22-23 February at Toowoomba in Queensland. 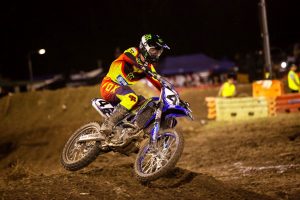