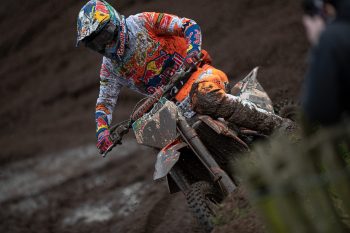 “I felt good today,” Herlings stated. “It was a shame to have that start crash in the first moto but I still came back from last to third and almost got Glenn [Coldenhoff]. Then I holeshot and led the whole way in the second.

“It was about survival and there was only really one line to use, so passing the lappers was tricky. Anyway, we got it done. It was useful practice because Matterley could be the same!”

Round one of the MX2 World Championship is scheduled for 1 March at Matterley Basin in Great Britain.