Ferrandis extends advantage with another win in 250SX West. 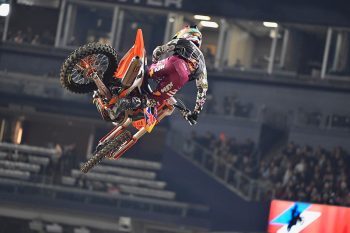 Defending Monster Energy Supercross champion Cooper Webb has risen for his first victory of the 2020 season in a pivotal result at San Diego tonight.

Six rounds in and the number one plate-holder delivered a breakout performance for Red Bull KTM to climb to third in the 450SX standings, now within nine points of the lead.

At the beginning, Baggett took the holeshot before Cianciarulo stormed into the lead, but it was Webb who moved to the head of the pack through the first few turns. Cianciarulo countered and led the majority prior to Webb’s late surge and an important win for his title hopes.

Fourth tonight was the best that Eli Tomac (Monster Energy Kawasaki) could manage after working his way from as far back as 10th at the close of the opening lap, getting the better of Justin Barcia (Monster Energy Yamaha) following a series of exchanges between them, while Ken Roczen (Team Honda HRC) also had a bad start on his way to P6.

Roczen’s teammate Justin Brayton was directly behind in seventh, as Malcolm Stewart (Smartop MotoConcepts Bullfrog Spas Honda), his teammate Justin Hill and the fast-starting Aaron Plessinger (Monster Energy Yamaha) filled the top 10. Plessinger was as high as third before a fall five minutes in.

Australian legend Chad Reed (Mountain Motorsports cbdMD CR22 Honda) was able to return for his send-off in San Diego after transferring through his heat race, but exited the main event in the closing stages.

The red plate remains in Roczen’s position, now just a single point ahead of Tomac as Webb homes in on them in third prior to the 20202 Monster Energy Supercross heading east to Tampa next Saturday, 15 February. 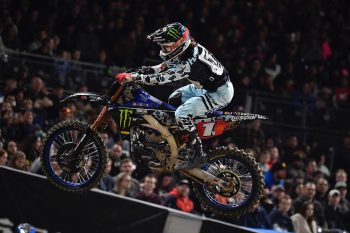 It was Michael Mosiman (Rockstar Energy Husqvarna) who led early, before Austin Forkner (Monster Energy Pro Circuit Kawasaki) took charge for his turn at the front.

Working his way from third on the opening lap, defending champion Ferrandis sliced his way by Forkner in the closing laps to take victory by 6.123s as the checkered flag flew. It was Ferrandis and Justin Cooper (Monster Energy Star Racing Yamaha) who joined him on the podium.

Mosiman, meanwhile, rode to a solid fourth following the disappointment of a DNF in Oakland one week ago, comfortably ahead of Brandon Hartranft (TLD Red Bull KTM), who managed to take fifth from Luke Clout (Penrite Honda Racing) toward the end of the final.

Entering the mid-season break for 250SX West, Ferrandis now holds an important seven-point lead in the standings ahead of Cooper, with Forkner a further six in arrears in third position. Their next round will come in Seattle on 28 March. 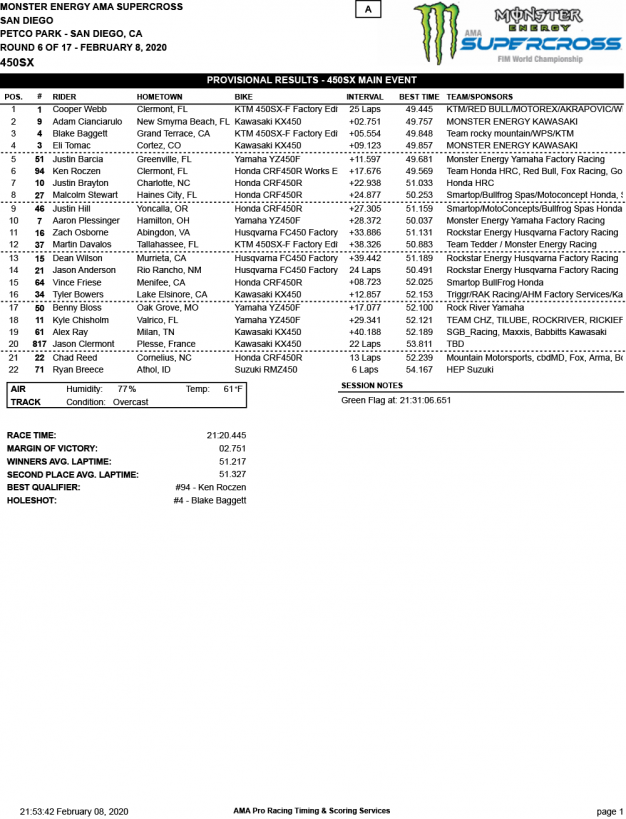 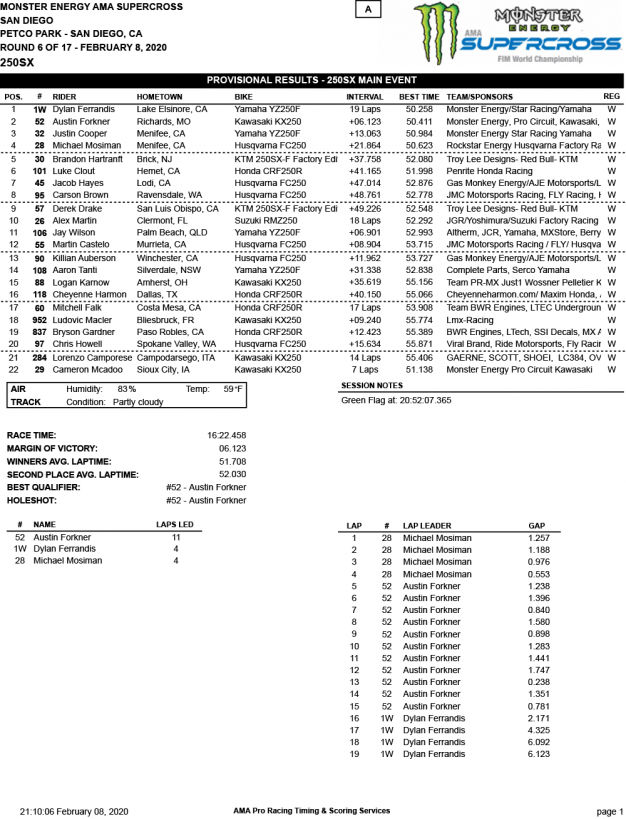