New South Welshman returns to the track after knee surgery. 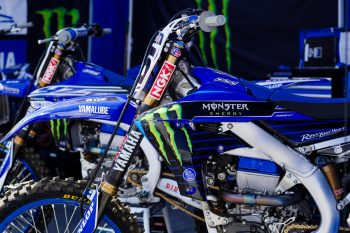 MX1 title contender Hayden Mellross says he feels at home aboard the YZ450F after completing his initial laps aboard the CDR Yamaha Monster Energy machine this week, marking his first time on the bike since undergoing knee surgery in August 2019.

The New South Welshman is no stranger to the brand, having completed a number of seasons aboard Yamaha equipment in America and in Australia, which brings a sense familiarity in just the early days of his transition from KTM.

Mellross, who signed a two-year deal with the powerhouse CDR squad, commented on the user-friendliness of the YZ450F, which he admits took him by surprise.

“I jumped back on the bike this week and got straight into training,” Mellross told MotoOnline.com.au. “I was really surprised – my initial thought on the bike was how easy the CDR Yamaha is to ride. I was extremely happy about that, and I gelled with it really well.

“I’ve spent a lot of years on Yamaha, majority of the time it was on a 250, although I did spend 12 months on a Yamaha 450. It is a familiar bike to me, so coming back to it – and even though I’m on a factory-backed bike here – it does feel like home. It’s a very comfortable bike that I can gel with.

“On top of that, all of my off the bike training that I’ve been pushing hard with over the last couple of months seems to really be paying off – my base fitness and cardio on the bike seems to be miles ahead of where I thought I was going to be.”

It’s understood the 24-year-old is planning to contest a selection of pre-season races throughout March in the lead-up to Horsham’s opening round of the MX Nationals on 4-5 April.