Walker and Blazusiak complete the podium in Hungary. A mistake in the rocks on lap five saw him drop back from the leaders in the opening moto, righting his way back to third behind Red Bull KTM Factory Racing duo Taddy Blazusiak and Jonny Walker.

Bolt grabbed control of the lead on lap one of race two, putting on a flawless ride to claim an impressive victory, 22 seconds ahead of his nearest challengers Walker and Blazusiak.

Delivering another controlled performance for the third and final race, Bolt put himself out front on lap two before eventually crossing the finish line with 23 seconds over Walker and Alfredo Gomez (Rockstar Energy Husqvarna Factory Racing).

Overall it was Bolt who won from Walker and Blazusiak, the series now heading to Poland for the championship decider in 14 March. 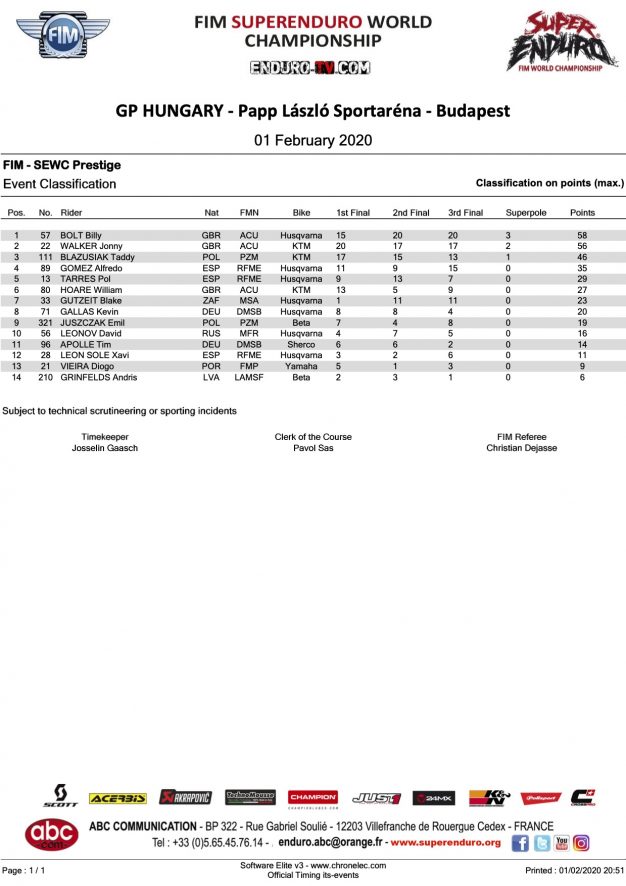