Six Australian events that we're excited for this season.

In this edition of Countdown, we share six highly-anticipated events that we’re excited for ahead of the 2020 season commencing! 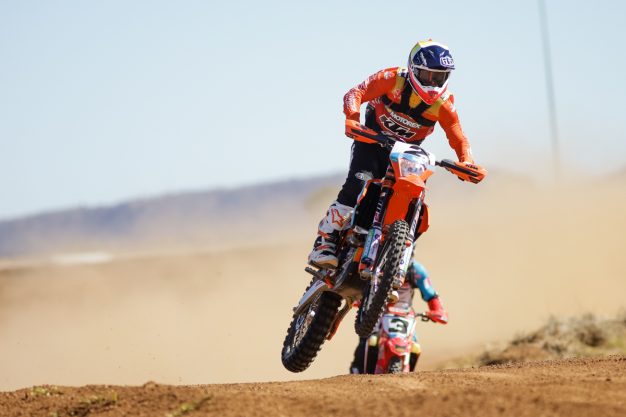 6. Rockhampton’s Australian Junior Motocross Championship:
The KTM Australian Junior Motocross Championship heads to far north Queensland’s Rockhampton in 2020, and for this year, it’s set to take place in July rather than the usual October timeslot. From what we’ve seen, the District MX Club looks like a fantastic venue that will deliver incredible racing from the country’s best youthful talents. The week-long event always offerschampionship nail-biters, and it’s nice to see the passion and effort that goes into it from all involved.

5. Tasmania’s AORC:
For the first time ever, the Australian Off-Road Championship will head to Wynyard in Tasmania. It’s scheduled to host the season finale with a double-header, so it’s going to be a fantastic way to crown this year’s champions. It’s unreal to see the series travelling to new locations, and Tassie is known for its amazing landscapes, so we think we’re in for an epic finish to the series.

4. Manjimup 15,000:
Western Australia’s Manjimup 15,000 is one of the country’s greatest one-off events, and last year’s went down in the history books as 16-year-old Regan Duffy defeated the nation’s heavyweights to become the youngest-ever winner. The picturesque circuit makes for great racing, and the epic crown creates an unmatchable atmosphere. We’re looking forward to this one in the middle of the year. 3. Finke Desert Race:
The Finke Desert Race is the most prestigious off-road event in the country, and for good reason. Last year saw hometown hero Davisd Walsh (KTM Desert Racing Team) claim top honours for the first time, and his rivals were just behind him. It’s set to be another big one in 2020 as more and more off-road riders try their hand at the two-day race, such as ISDE and AORC champion Daniel Sanders (Husqvarna Enduro Racing Team) adding it to his schedule.

2. Coolum MX Nationals finale:
As per usual, the MX Nationals will once again wrap up on the Sunshine Coast at Coolum in Queensland. 2020 will see it finish with a double-header – just like in 2019 – where we’re anticipating another close title fight will come down to the wire. The track itself is brutally tough for the riders, and the fact majority are trying to claim any last points they can makes for one of the best weekends of racing.

1. AUS-X Open Melbourne:
Following last year’s first AUS-X Open Melbourne at Marvel Stadium, we’re already hyped for the 2020 edition. Details on the event are still to be shared, but if the 2019 edition is anything to go by, then it’s going to epic. Being able to witness a mega crowd, full-size supercross track and number of AMA regulars, it was our favourite event of the year, and it’s now our most anticipated one of 2020.