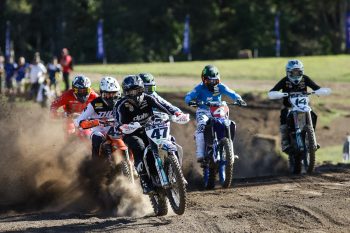 The MX Nationals has confirmed the formats and categories that will make up the series in 2020, which has been scaled back to nine rounds over six weekends.

It was revealed in December that the championship would be reduced to six events from the intended seven in an effort to add stability to the series.

It’s now been revealed the MX1 and MX2 categories will revert to a traditional two-moto format at every round this season, abandoning the sprint format introduced in 2019.

The MXD class will also continue with a two-moto format, while the category will contest just five events with the title to be decided at Maitland’s penultimate stop, allowing riders to make wildcard appearances at Coolum’s double-header finale.

The Australian Women’s Motocross Championship will span over at three rounds at Maitland and Coolum, while the Australian Vets 30-39 title will be added to Gympie’s schedule. The Vets 40-plus class will take place at Conondale.

The 125cc Gold Cup returns again for 2020 at the Newry, Maitland and Coolum (Sunday schedule), as the Yamaha YZ65 Cup will run on during round eight at Coolum.