Western Australian aiming to be podium challenger this season. 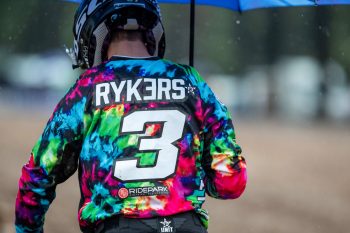 After recently signing with Empire Kawasaki, Jayden Rykers is confident the added support will allow him to level up his riding throughout the 2020 season and become a podium contender.

Rykers experienced a breakout rookie season in the premier class last year, earning a maiden moto podium at Murray Bridge before consistency granted him a spot inside the top five of the championship rankings until his campaign ended prematurely with injury at Moree.

The 23-year-old, who was a Suzuki-mounted privateer working a full-time job in 2019, believes the ability to focus solely on his riding and commit more time training will enable him to establish himself as a regular front-runner.

“Obviously, it’s a massive switch to my program and I’m going to be able to step-up this year,” Rykers told MotoOnline.com.au.

“At one point I was fourth in the championship, so I guess the biggest thing for me is to be able to put a big pre-season in – this point last year, well I didn’t even confirm a bike until a few weeks before the first round and I was still working a full-time job.

“I think having the time to get myself physically in shape and have more bike time will be the change in getting inside the top five and pushing for podiums at every round. I was pretty happy with my results last year, but by being on the time and having more time to invest into it all, I definitely see myself up with the front guys.”

The MX Nationals kicks off on 4-5 April at Horsham in Victoria.