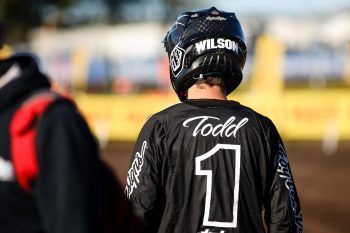 After confirming a deal was signed in August last year, Wilson Todd’s move to the MX2 World Championship with Dixon Racing Team Kawasaki has now been made official.

The dual Australian MX2 champion revealed to MotoOnline.com.au that he was headed for the prestigious world championship in 2020 after winning successfully defending his MX Nationals title.

The Queenslander, who suffered multiple injuries during the Port Adelaide round of the Australian Supercross Championship, recently returned to riding Europe as he prepares for his maiden campaign at the highest level.