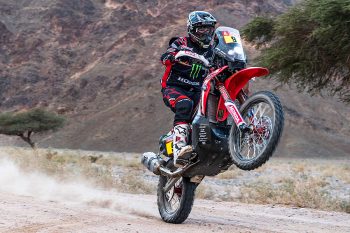 American Ricky Brabec has clinched a historic victory in the 2020 Dakar Rally, which wrapped up today with the 12th and final stage in Saudi Arabia as Toby Price sealed a fifth podium in six attempts.

Today’s final stage saw Brabec’s teammate Jose Ignacio Cornejo top the charts, however, second for the Californian was enough to take the overall by 16m26s. His total time following 12 stages was 40h02m36s.

With the victory, Brabec becomes the first ever American rider to clinch the Dakar Rally. He concluded this year’s edition with two stage victories, in a rally which he led uninterruptedly from stage three aboard the Honda CRF450 Rally.

It was a special result for the current factory Honda Racing Corporation (HRC) organisation, which previously finished second with the late Paulo Goncalves in 2015 and Kevin Benavides in 2018. 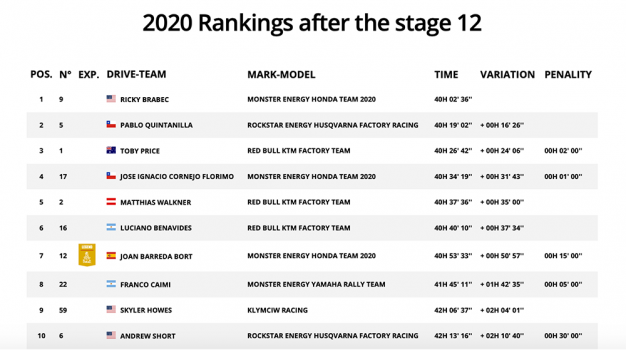