Brabec leads as Price moves to third in the standings. Brabec continues to control the standings with an impressive 20m53s advantage over Quintanilla, as Price still remains in the hunt in third. Barreda and Jose Cornejo (Monster Energy Honda Team) are fourth and fifth respectively. 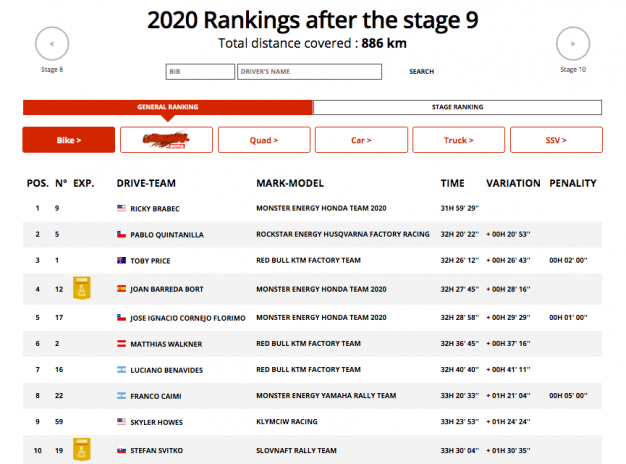