Yamaha-mounted rider elects to skip round two in Missouri. Jay Wilson has revealed a head-knock prior to Anaheim 1 contributed to his decision to sit out round two of Monster Energy Supercross in St. Louis, despite still racing the season-opener.

The former Australian SX2 champion admits a practice crash when first arriving in America limited his bike time for Anaheim 1, although he still decided to contest the highly-anticipated event, finishing a respectable 17th.

The option to remain in California and continue training, rather than the extended travel time of attending the Missouri round, proved more lucrative for Wilson, prompting him to sit out the second stop in favour of a stronger return at Anaheim 2 this weekend.

“When I first got here I had a bit of a practice crash and hit my head, meaning I wasn’t able to ride or train as much as I needed to, so we knew going into A1 that we wouldn’t really be at 100 percent,” Wilson told MotoOnline.com.au.

“If everything had gone to plan we would have been there on the weekend, but St. Louis is quite far away and after weighing up the pros and cons we believed it was smarter to stay back in California get healthy, get some more training in, and some more time on the bike, then we are better prepared for A2.

“We really want to make sure we are smart about the decisions that we make over here, so that when we are on the track we are the best we can be. Hopefully with a bit of extra time on the bike now, we can step things up a bit at A2.” 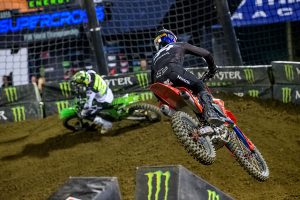 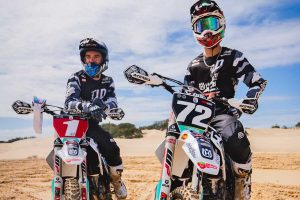