Monster Energy Honda Team’s Kevin Benavides has captured victory on stage seven of the 2020 Dakar Rally, although the day was overshadowed by the tragic passing of Paulo Goncalves.

The 40-year-old was taking part in his 13th Dakar, crashing 276 kilometres into a special that was ultimately won by his former teammate Benavides, who tried in vain to assist the Portuguese rider together with Toby Price (Red Bull KTM Factory Racing) – the first competitor to reach the scene of the accident.

The Portuguese star made his Dakar debut in 2006 and had finished four times in the top 10, including an impressive performance as runner-up to Marc Coma in 2015. Gonçalves, the 2013 cross-country rallies world champion, was sitting in 46th place overall after stage six of the 2020 Dakar.

Stage eight of the Dakar Rally has been cancelled for the Bike and Quad categories. 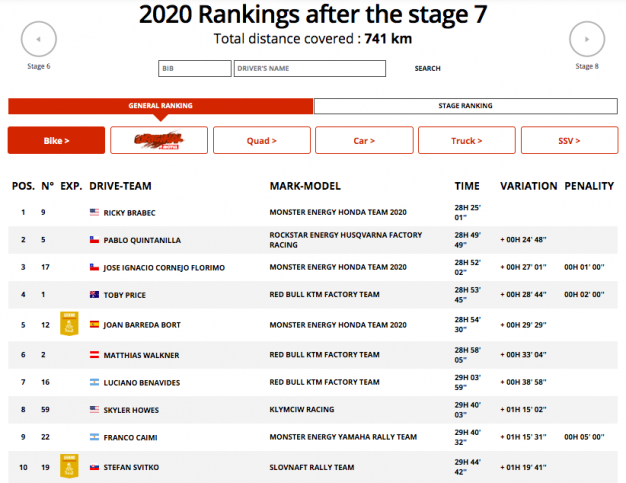