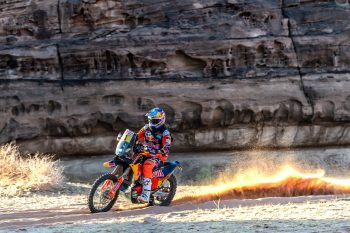 Following his sixth-place finish on Wednesday, Australia’s Price capitalised on his starting position and made time on the rally front-runners.

Pushing hard right from the start, the two-time winner had moved into the lead by kilometre 152, where he maintained a strong pace, making the minimum of mistakes, crossing the line a minute ahead of Pablo Quintanilla (Rockstar Energy Husqvarna Factory Racing). 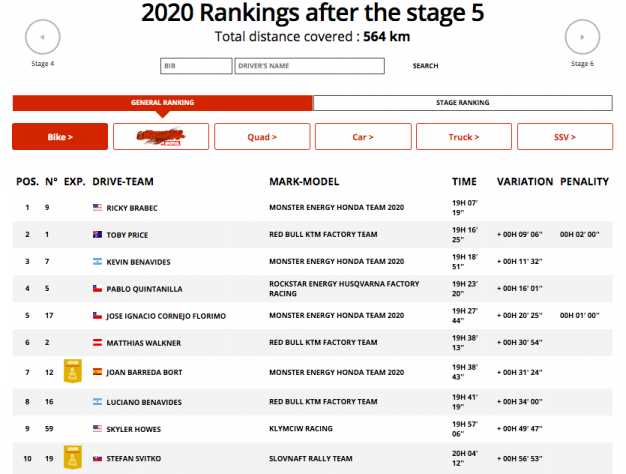