Price 17th on day two for an overall ranking of ninth. 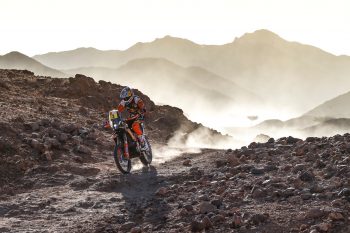 Sunderland was second during the stage, promoting him to the top spot overall, while Pablo Quintanilla (Rockstar Energy Husqvarna Factory Racing) locked out the top three.