Team owner confident of taking new signing to another level in 2020. 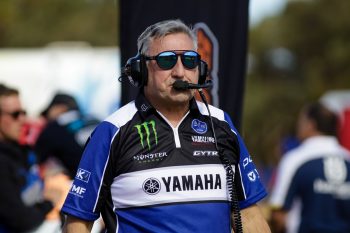 Mellross experienced a breakout season in the 2019 series, however a knee injury at the penultimate stop of the championship denied him of challenging for the title at Coolum’s season-finale.

Transferring from Raceline KTM Thor, the New South Welshman will join Kirk Gibbs under the CDR awning next year, the former MX1 champion embarking on his second season with the powerhouse squad.

“I feel we have two strong, dedicated and determined riders for the 2020 season and both are in the prime of their careers,” Dack explained.

“With Hayden we have a talented, yet very experienced racer who has competed internationally but just now is entering the best years of his career.

“With some CDR guidance and on the 2020 Yamaha YZ450F, we believe we can take Hayden’s racing to another level in 2020 and look forward to seeing just how good he can become.”

Mellross comes into the team following the departure of MX1 and SX1 runner-up Luke Clout, who has signed with Penrite Honda Racing for 2020 in a deal that will allow him to race the opening rounds of the Monster Energy AMA Supercross Championship.