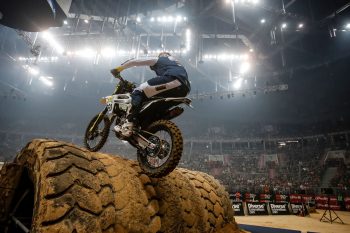 Positioning himself at the sharp end of the field early in race one, Bolt went back and forth multiple times with Blazusiak for the lead, eventually breaking clear with four laps to go, claiming the opening victory of the night.

Blocked in traffic due to the start positions being reversed for race two, he managed to work his way up to second by lap six of 11. Drawing level with race leader Blazusiak he attempted an overtake but got hung up on the slippery rocks and had to settle for an eventual second behind the Polish ace and

He wasted little time in hitting the front by taking control of the race lead from Blazusiak on lap two. In what would become the fastest race of the night, Bolt put in a masterclass of riding to lap up to third position on his way to a 21-second margin of victory.

Bolt secured the overall victory ahead of Blazusiak and teammate Alfredo Gomez (Rockstar Energy Husqvarna Factory Racing), who recorded a trio of third place finishes across the night. 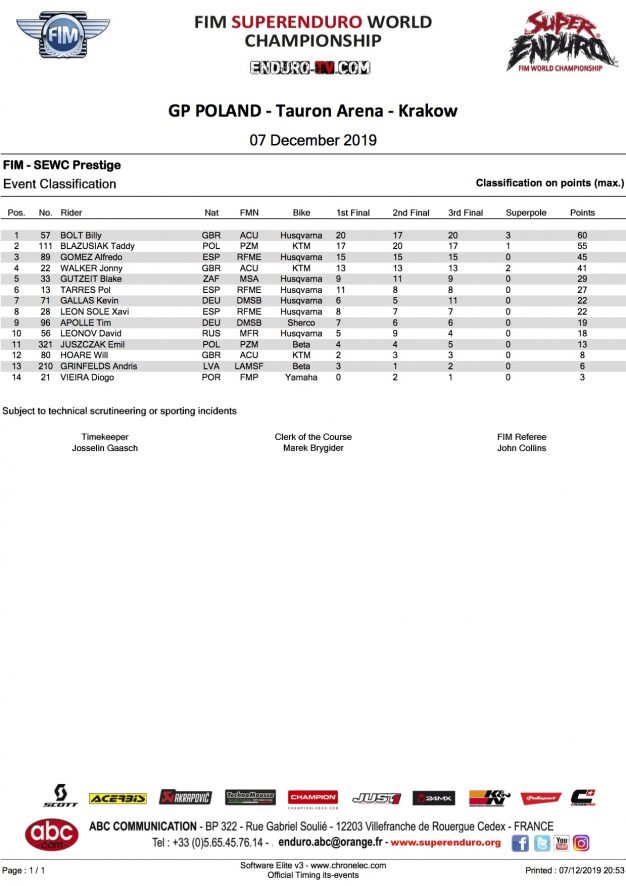