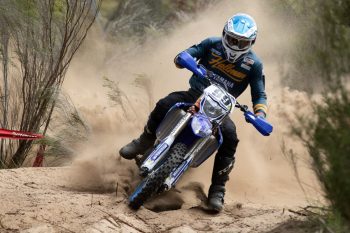 Motorcycling Australia (MA) has confirmed the locations for the opening three rounds of the 2020 Yamaha Australian Off-Road Championship (AORC).

A calendar outline was released earlier this detailing the dates and hosting states of the series, while the schedule is now taking shape with Toowoomba, Dungog and Nowra announced as the venues of the first three stops.

The 2020 season will return to Toowoomba in Queensland for rounds one and two, featuring a new Cooby Dam venue on 22-23 February.

The championship then heads south to Dungog in New South Wales on 14-15 March for rounds three and four, as a new venue at Nowra has been introduced for rounds five and six on 18-19 April.

“With the recently crowned world champion junior team and overall second-placed Australian ISDE team returning for action in 2020, we will have the best riders in the world competing in the Yamaha AORC,” said Motorcycling Australia’s off-road events manager Matthew Falvo.

“We are very excited for the 2020 Yamaha AORC to be returning to Toowoomba, Dungog and Nowra, where we have held successful events in the past. With new exciting venues in the 2020 AORC we are sure to again field upwards of 200 plus riders for each event in every state.”

The remaining locations for the 2020 series are due to be revealed following final planning approvals.