Answering burning questions ahead of the 2019 edition this weekend.

The Monster Energy AUS-X Open will head to Melbourne this Saturday for the very first time under the roof of Marvel Stadium, where an epic showdown is set to unfold as both the Monster Energy S-X Open International FIM Oceania Supercross Championship and Australian Supercross Championship will be decided. In this instalment of Q&A, we take a look at the factors that will make up this weekend’s event. 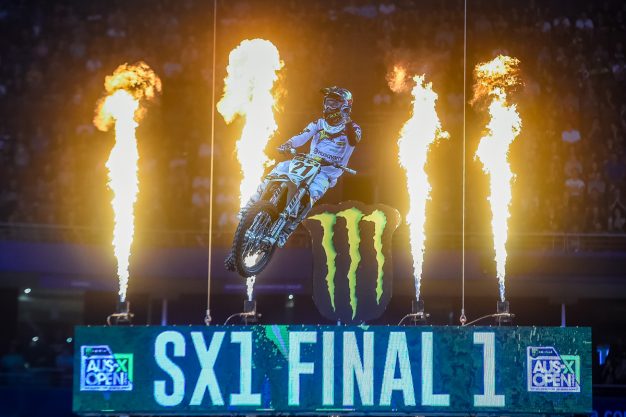 Q: Does the move to Marvel Stadium mean a bigger track?

A: Absolutely! Organisers of the event have been boasting about a full-size American-spec track since it was first revealed that the event will be heading to Melbourne, and just this week they released the official track map. With two complete rhythm lanes, whoop section, triple jump and ramp-to-dirt finish line amongst a variety of other obstacles, it’s going to be pretty epic.

Q: Will Chad Reed be racing after sitting out Auckland’s main events?

A: Much to the pleasure of race fans across the country, Chad Reed will be racing this Saturday night! It was touch and go for Reed in New Zealand after breaking a pair of ribs in Paris the week earlier, and after a tip-over in his heat, it was enough for him to call it a night. The good news is he’s had two weeks recover and will be back on the Penrite Racing Mountain Motorsport Honda CRF450R.

A: Some love it, some hate it – but there’s no denying the shortcut lane delivers incredibly unpredictable racing, and it’s back for 2019 with Repco branding. The shortcut lane was used at Auckland two weeks ago, and it made for interesting strategies and even more intriguing results. Riders can only use it once across the three mains, so it adds another element to the already intense encounters. 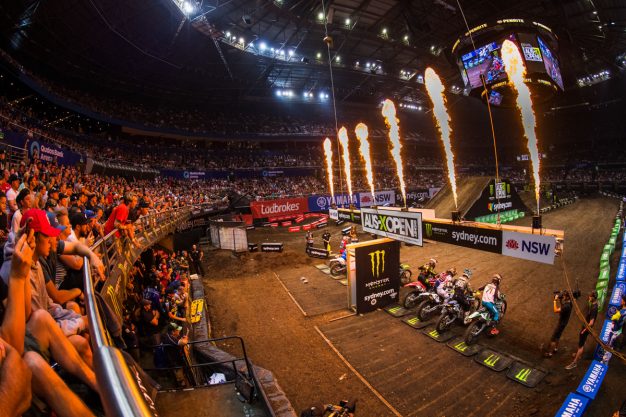 Q: Who are the internationals showing up this year?

A: Fresh from victory at the S-X Open Auckland, former AMA Supercross champion Jason Anderson will be back for a third-straight year, and this time carrying the Monster Energy S-X Open International FIM Oceania Supercross Championship points lead. Fellow American Joey Savatgy will be on hand, as will three-time Australian champion Justin Brayton. Considered an ‘international’, Reed will also be in action, while possibly the most favourable addition is Queenslander Jett Lawrence, who’s flown in from the US to make his pro supercross debut! Also, Ricky Carmichael, the greatest of all time, will be taking to the track throughout the night.

Q: What’s the championship situation amongst the SX1 class?

A: It’s one of the tightest championship situations we’ve seen in the premier class for some time, and local talent Luke Clout currently leads three-time defending champion by a singular point! Just a further nine points behind is Dan Reardon, so it’s going to be an absolute showdown!

Q: And what about the SX2 category?

A: It’s a similar situation in the SX2 category, which has a just as exciting title fight! American Josh Osby leads compatriot Chris Blose by four points, while New South Welshman Aaron Tanti is an additional three points in arrears. Mitchell Oldenburg and defending champion Jay Wilson are still mathematical chances, and when you add Lawrence into the mix, it’s a recipe for a thrilling night of racing!