New Zealand's 2019 edition to be streamed via Kayo Sports. 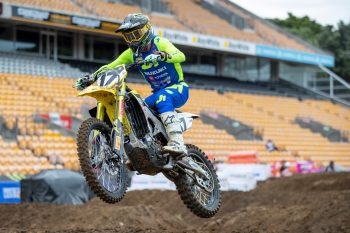 Event organisers have confirmed live streaming will be available in Australia for tonight’s 2019 Monster Energy S-X Open Auckland, while a delayed broadcast will also be on offer.

The live stream will take place on the Kayo Sports platform from 5pm AEDT, which will deliver coverage of the entire night show at Mt Smart Stadium.

Alternatively, Foxtel subscribers will be able to tune into a delayed broadcast via Fox Sports (channel 506), which commences at 9:45pm.  For New Zealand viewers, a live broadcast will be available on Sky Sports 5, starting from 7pm NZDT. US viewers can watch the action via a live stream on the S-X Open website.