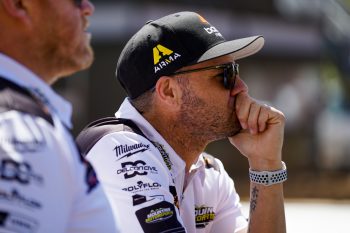 Reed, 37, revealed during today’s S-X Open Auckland pre-event press conference at Mt Smart Stadium that he’d be more inclined to return in an ambassador role, putting on exhibition races throughout the night show.

However, the longtime Australian fan-favourite believes the Auckland and Melbourne stops will be his last in competition locally, as his future beyond these pair of events still remains uncertain. He’s still hopeful of racing in the US full-time through 2020.

“I don’t think it will be the last you actually see me race,” Reed declared. “Whether I’m here and try to battle with RC [Ricky Carmichael] or BT [Ben Townley], I think I’d generally like to race in the off-season, but this will likely be the last time I’ll race [these events] as a full-time professional motocross athlete.”

“I’m a little beat up, if I’m honest,” he added. “I crashed last weekend in Paris and broke two ribs. That’s why I sat out today. I always try to live to my end of the bargain, and tomorrow race time – I’ll put some gear on tomorrow and will see if I can get through it.”