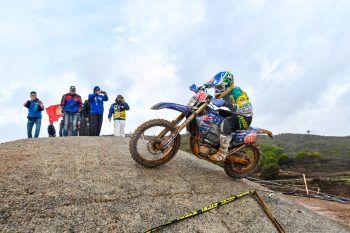 The American World Trophy squad has taken its advantage to 1m27s over Australia, who remain in the hunt for successive title with two days to go. Team Italy holds down third over Spain and Finland.

In the Junior World Trophy division, Team Australia boosted its lead to a staggering 8m52s ahead of Team USA, as Italy, Spain and Portugal complete the top five.

Team USA holds a comfortable gap over Germany and Great Britain in the Women’s World Trophy, with Spain and Sweden in positions four and five. It was heartbreak for Team Australia following the exit of both Mackenzie Tricker (KTM) on day three followed by Tayla Jones (Husqvarna), removing any chance of defending the Women’s crown.

Sanders still controls the E3 division, with Higlett, Green, Driscoll and Phillips taking up spots four, five, eight and 15 in the E2 category. In E1, Snodgrass and Styke are fourth and fifth respectively. 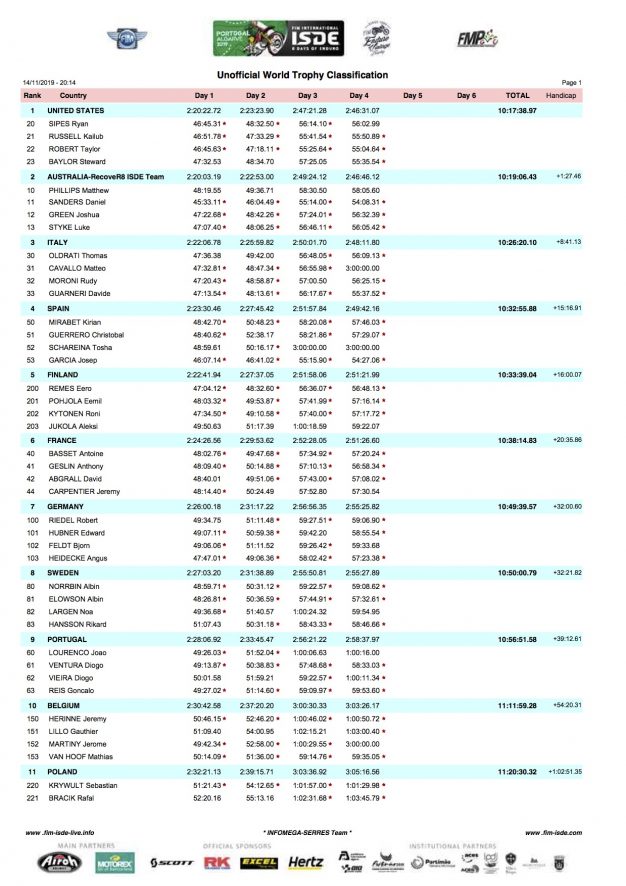