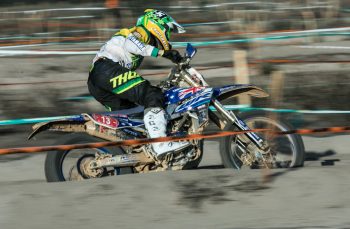 Active8 Yamalube Yamaha’s Luke Styke is targeting consistency during 2019 FIM International Six Days Enduro after making a strong start in his first-ever appearance at the event in Portugal.

The Australian jumped to fifth outright on day two of proceedings, and currently holds down second in the E1 category – the Yamaha pilot citing set-up change leading to great pace in the back half of the day.

Styke, part of the World Trophy squad, has assisted the team in maintaining their position at the top of the standings, as they endeavour claim back-to-back titles.

“We made a few changes halfway through the day and it seemed like they were the right ones as I picked up some pace through the second half of the day,” Styke explained.

“The trails and the tests themselves were getting brutal with two days on the same layout. Overall I’m happy with the day and plan to stay smart and consistent to keep doing my job for the Australian team.”