Sunday night’s overall win belonged to Stewart following a commanding performance, the Honda rider recording 3-1-1 race results to finish second to Barcia in the King of Paris standings, which combines scores from both nights of racing.

Geico Honda’s Jeremy Martin was second on the night ahead of Barcia, while Ferrandis and Justin Hill (Smartop Bullfrog Spas MCR Honda) locked out the top five. Reed was 15th overall with 11-17 results in the opening two races, however a heavy fall in the second outing prompted him to sit out the finale. 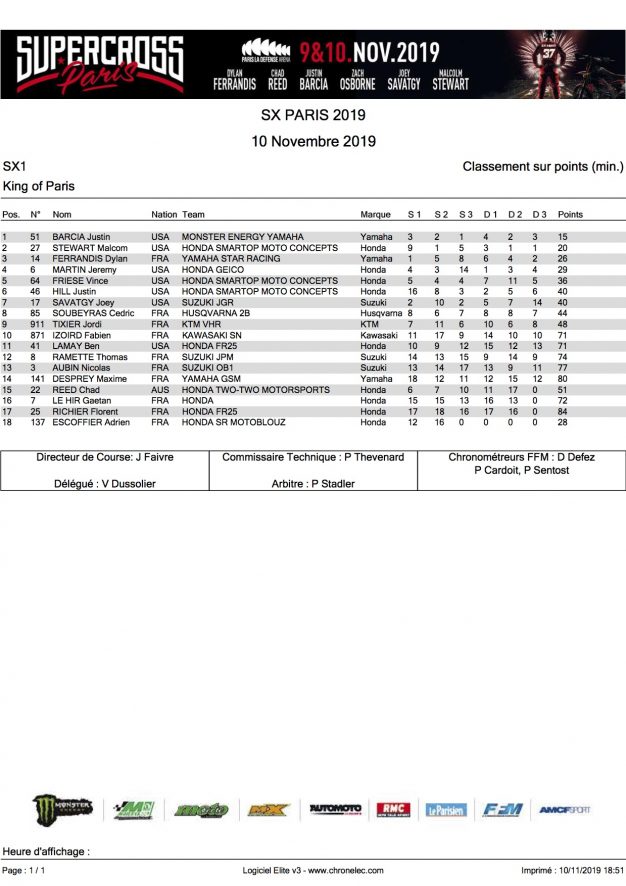