Clout breaks through for maiden SX1 victory in Wollongong

Reardon and Brayton on the podium at round three of AUS Supercross. 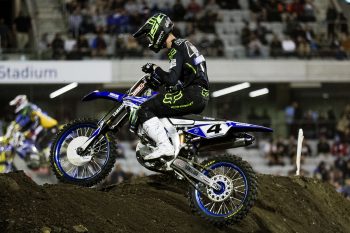 CDR Yamaha Monster Energy’s Luke Clout broke through to clinch his maiden SX1 victory in the 2019 Australian Supercross Championship at Wollongong’s third round.

It was a dominant display from three-time defending champion Justin Brayton (Penrite Honda Racing) in the opening main event, the number one charging to victory after leading from start to finish.

Clout took advantage of an early stall from Brayton – who secured the hole-shot – to claim victory in main event two, holding off pressure from Hill, who dropped down the order after a mistake late in the race. Reardon capitalised to secure second ahead of an amazing third for Dyce.

Brayton charged back to fourth, followed by Hill. Metcalfe was sixth, as the top 10 was completed by Bopping, Long, Evans and Dylan Wood (KTM).

Main event three saw Dyce and Evans go down in the opening stages, as Clout stormed a second-consecutive race victory over teammates Reardon and Hill.

Clout was joined on the overall podium by Reardon and Brayton, the three-time champion still holding a three-point advantage over Clout in the standings. The next stop on the Australian Supercross Championship is scheduled for 16 November at Auckland in New Zealand. 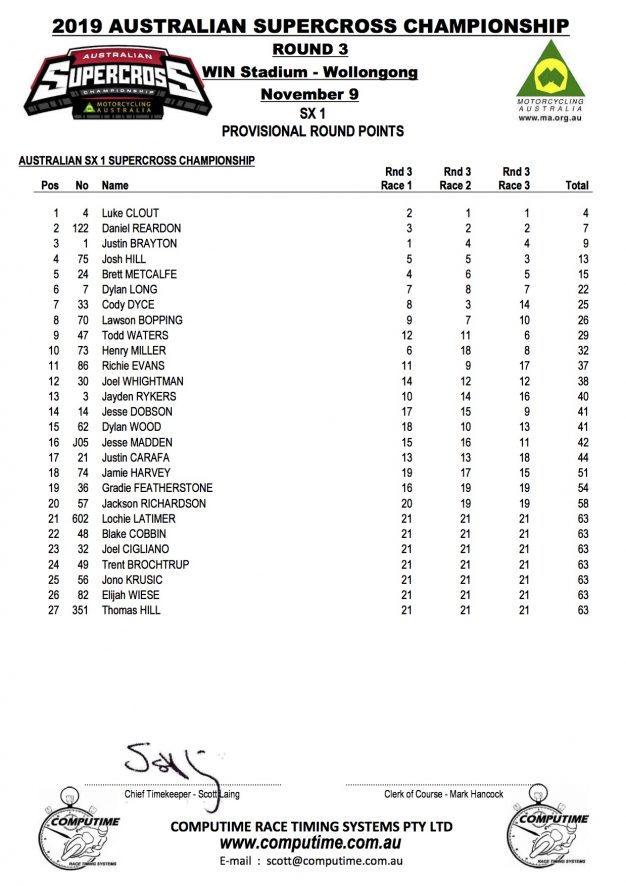