The SX1 class proved to be an incredibly close affair, with the top three separated by a mere 0.116s – Clout’s 40.662s granting him the top spot. 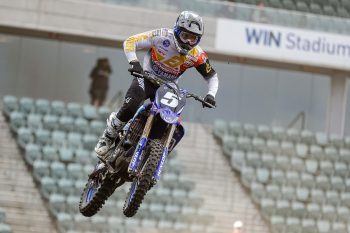 In the SX2 category, round one winner Hayes qualified on pole, the Serco Yamaha challenger recording a time of 41.049s to edge out fellow American Mitchell Oldenburg (Penrite Honda Racing), who set a time of 41.514s.