Probable dates and states for next year's MX Nationals and AUS Supercross series. 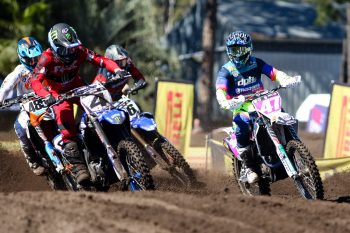 Motorcycling Australia (MA) has released its provisional 2020 calendar outline, indicating the dates and locations for the MX Nationals and Australian Supercross Championship next season.

Still to be made official, the MX Nationals series is set to remain with 10 rounds, however will be run over seven weekends in comparison to the eight weekends it operated over this year.

An additional double-header is in line to be introduced, making it three for the season, while South Australia’s regular stop on the calendar appears to absent for 2020. Queensland is due to host four rounds over three weekends, including the traditional season-finale double-header.

The outline indicates the Australian Supercross Championship will expand to six stops in 2020, with Western Australia pencilled in as the season-opener – it would be the first time a national supercross has visited the state in over a decade.

South Australia, New South Wales and Queensland are listed to host a round, while the S-X Open Auckland and AUS-X Open Melbourne are likely to finish off the series in New Zealand and Victoria.

However, it’s understood that contrary to the provisional calendar, the series will remain at five rounds depending if WA or NZ go ahead in an Australian championship capacity.

The 2020 Australian Junior Motocross Championship will take place earlier than usual on 6-11 July at Rockhampton in Queensland, while the Australian Four-Day Enduro (A4DE) and Finke Desert Race are scheduled for 6-9 May and the traditional 5-8 June weekend.

Notably missing from the provisional calendar outline that was released by MA is the Australian Off-Road Championship (AORC), the series operated by the governing body’s in-house events team.