Answering questions on key signings for the 2020 season.

The AMA supercross and motocross silly season has been in full swing over recent months, with majority of deals already locked in for 2020. In this edition of Q&A, we take a look at who’s headed where in the upcoming season. 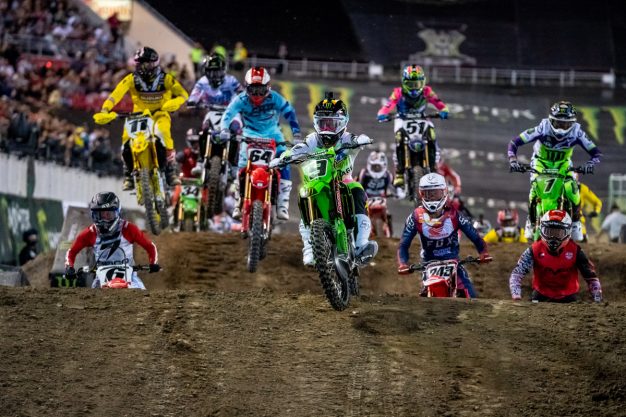 Q: Are there any teams keeping the same line-up?

A: It’s an interesting set-up Team Honda HRC has in place for 2020, signing Justin Brayton for supercross-only, while promoting Chase Sexton from Geico Honda’s 250 squad for the outdoor series, which will mark his debut in the 450MX category. Sexton’s deal is long-term and will take him through the 2023 season.

Q: Will JGR Suzuki be on the grid next year?

A: By all reports they will be racing, but in what capacity is yet to be determined. The only rider signed for 2020 is Alex Martin, who’s on a multi-year deal, however the team still hasn’t locked in a premier class rider. It’s understood the outfit will reduce its efforts for next year, while Joey Savatgy has been linked to the 450 seat. Q: Where will our Australian contenders be placed in 2020?

A: Brothers Hunter and Jett Lawrence will be on the Geico Honda squad in the 250 category, which is part of a long-term deal. It will be Jett’s rookie season, and while he’ll definitely be on the grid for the outdoors, it’s now become likely he’ll race the supercross series as well. Chad Reed’s future is still up in the air, most recently piloting a privateer Honda at the Monster Energy Cup. Will he be on the line next year? Hopefully!

Q: Where are the 250 contenders graduating to the premier class heading next year?

A: Reigning Lucas Oil AMA Pro Motocross 250MX champion Adam Cianciarulo is the only major contender who’ll step up the premier class, where he’ll join Tomac at Monster Energy Kawasaki. It’s already been a positive start for Cianciarulo in the 450 category, securing victory at the Monster Energy Cup in Las Vegas.

Q: Any other team changes we should know about?

A: In terms of the 450 class, Rocky Mountain ATV/MC KTM will reduce its support to two riders, continuing with Blake Baggett and Justin Bogle, while Malcolm Stewart, Vince Friese and Justin Hill will make up the Smartop Bullfrog Spas MCR Honda team. There’s been a lot of movement in the 250 category, however the key signings include Jordon Smith and Cameron McAdoo to Monster Energy Pro Circuit Kawasaki, and Ty Masterpool and Shane McElrath to Monster Energy Yamalube Yamaha Star Racing. RJ Hampshire will also transfer to Rockstar Energy Husqvarna Factory Racing.