It was another dominant performance from three-time defending champion Justin Brayton at Port Adelaide’s second round of the Australian Supercross Championship, the Penrite Honda Racing rider charging to a commanding win in the 20-lap main event. 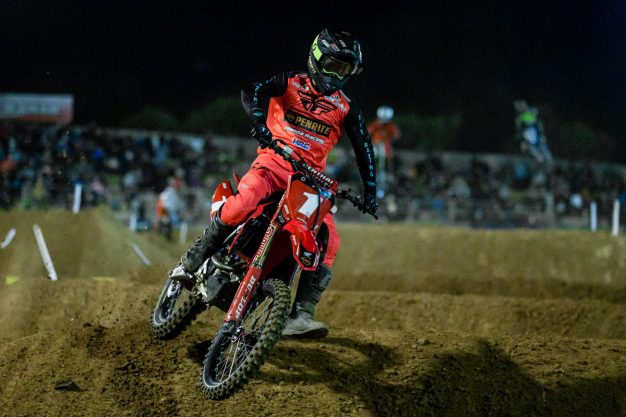 Congratulations on the win, it was a very dominant victory!

Thank you, it was awesome. Really, from the first practice, I felt really good with the bike and track. I won the heat, and I knew it was going to be a long race – I haven’t done 20 laps since Vegas, so it was a long time ago. It was good to get that one under my belt – I had a good battle with Reardon in the beginning – but I just clicked off 20 pretty good laps. The first lap I actually almost went over the handlebars – I still don’t know how I saved it. I hit a hole and it kind of kicked me. I’m happy with how I was riding, and I’m happy with the whole day.

It’s competitive at the front, and it’s hard when I’m coming to lap someone – sometimes they’re not sure if I’m lapping, so I struggled to get around some guys. They’re in a battle, so I don’t blame them. Overall, I’m happy with it and happy with how I felt in the 20 laps as far as my fitness goes. I’m excited for the two weeks off – I’ll enjoy some time with my family, but also put in a big training block. 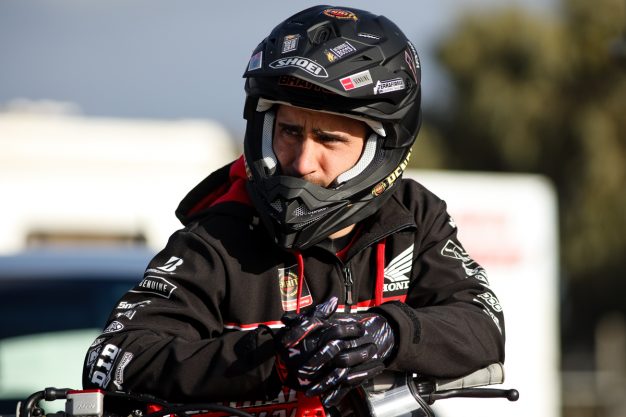 The track this weekend is one of the biggest we’ve seen in the Australian series, but you seemed to gel with it quite quickly…

It was definitely big, but it was still mid 40-second lap-times – it’s big, but I feel there have been some bigger over here. I think the way they built it was super impressive – the track builders did an awesome job. They used the whole area, and the way we combo’d the rhythm sections – that’s the hardest part as a track builder – you build all these long rhythm lanes and you think it’s going to be a long lap-time, but on these 450s, we can just jump quads. You jump three times and you’re out of a lane. I thought the track builders did an amazing job. It got really challenging in the main, which I liked, and the whoops got chewed up, which started to separate some guys.

They’re using the same track builder for all the rounds, do you think that’s a good initiative to keep some consistency in the way the circuits are built?

Yeah, absolutely. They do an awesome job, and I think everyone would echo the same thing. For me, it’s great to have some consistency, but they’re also great track builders – I think we’re all stoked to have that.

Wollongong will offer up the triple header main event format – a format you’ve had some success with in the US – do you prepare differently for that over the next few weeks?

Not really, it’s just going to be very reliant on my starts – I feel my speed is good – I just need to get off the gate for those short races. I enjoy it – it’s a challenge, and if you have a bad one, you can rebound and win the next one. The one main event is tough – if you have one thing go wrong, it makes your whole night bad. I’m excited for it. As a fan, I’d love to watch it, and I think it’s cool that they’re mixing it up.