Brayton worked his way into the lead on the opening lap and sprinted ahead from there in what was the only traditional format final of the 2019 season.

In the end the American lit the candles with a 9.757s advantage from Luke Clout (CDR Yamaha Monster Energy), who managed to turn the tables on teammate Dan Reardon in South Australia. Local Brett Metcalfe (Penrite Honda Racing) rode to fourth position.

In the championship standings following two of five rounds, Brayton now leads by eight points over Clout and Reardon, with the series set to continue at Wollongong’s WIN Stadium in New South Wales on Saturday, 9 November. 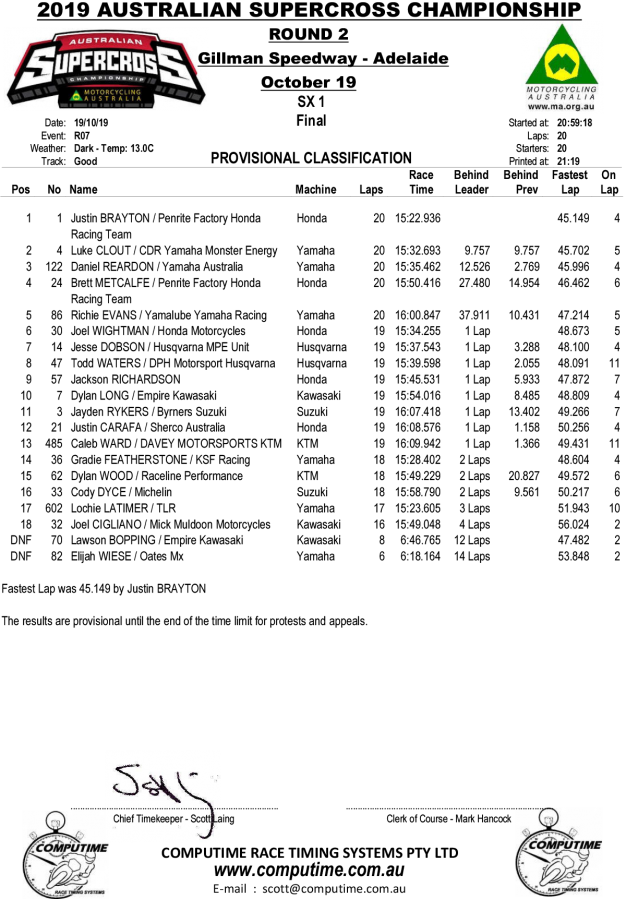