Brayton stormed to the front in main event one, closely followed by Lawson Bopping (Empire Kawasaki) and Brett Metcalfe (Penrite Honda Racing) in the opening stages.

In the end, Brayton emerged with a dominant victory over teammate Metcalfe and Reardon, while top five was round out by Clout and Bopping. The top 10 was completed by Todd Waters (DPH Motorsport Husqvarna), Dylan Long (Empire Kawasaki), Richie Evans (Yamalube Yamaha Racing), Gradie Featherstone (KSF Racing) and Jayden Rykers (SB Motorsports Suzuki).

The second main event also belonged to Brayton in another convincing display, this time edging out Reardon and Clout, who recovered from a crash while attempting a pass on his teammate.

Long was fourth followed by Metcalfe, the veteran going down in the early stages. Positions six to 10 were taken out by Waters, Rykers, Evans, Bopping and Featherstone.

Overall, Brayton stood on the top of the podium alongside Reardon and Clout, as Metcalfe and Long rounded out the top five. The Australian Supercross Championship now heads to Gillman in South Australia on 19 October. 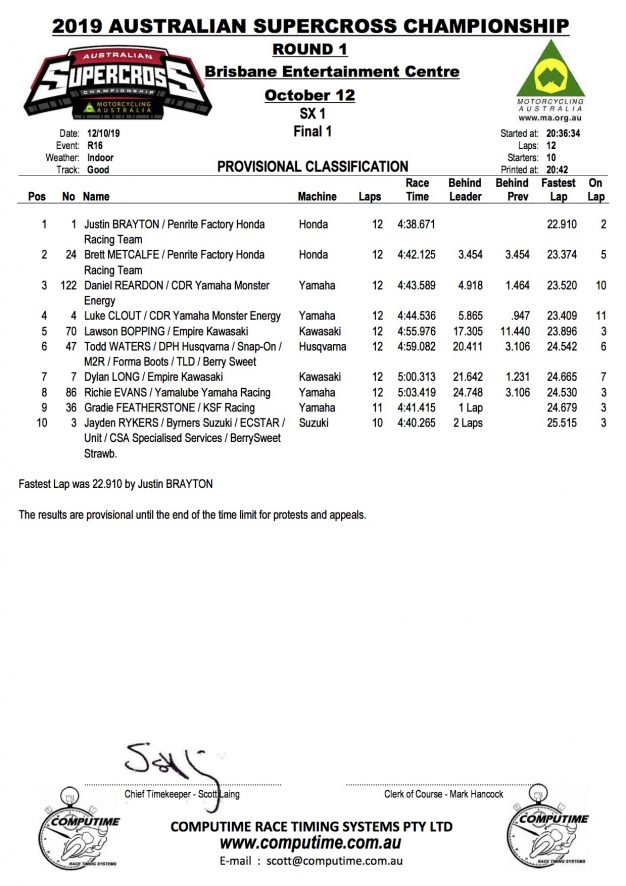 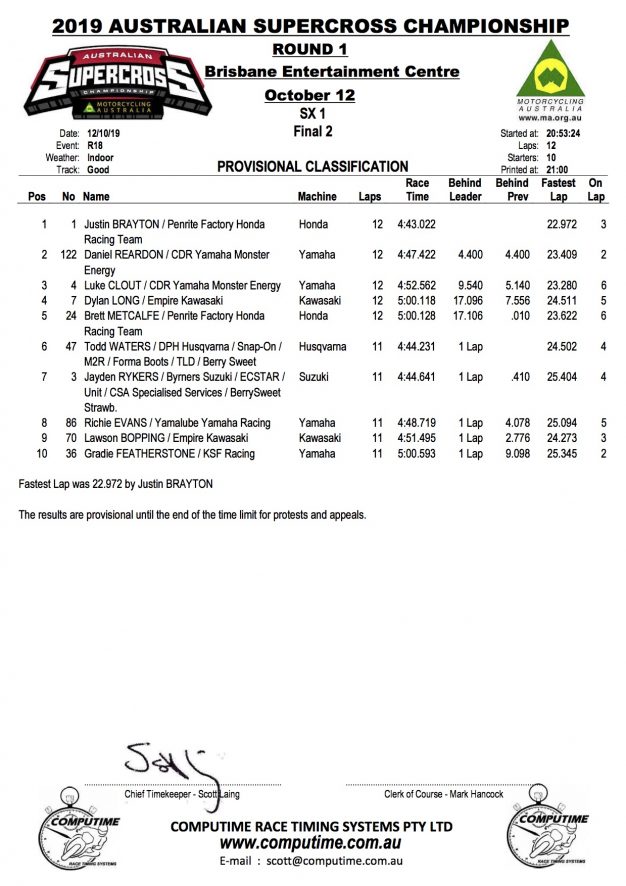