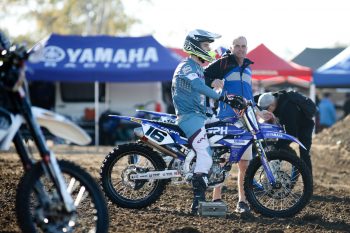 Yamaha-mounted privateer Connor Tierney will revert to the SX2 category for the 2019 Australian Supercross Championship after two seasons in the premier class.

Tierney graduated to the 450 category in 2018, however his campaign last year was riddled with injury, while an ongoing health issue sidelined him for much of the Pirelli MX Nationals this year.

The Western Australian, who resides in New South Wales, indicated an opportunity with increased support from Yamaha arose, prompting him to switch classes ahead of the five-round series.

“I had a really good year on the 250 in supercross two years ago, it was before I got injured and I feel like I didn’t get to show how good I could ride it,” Tierney explained to MotoOnline.com.au. “An opportunity arose and Yamaha offered some support, so I’m hopping back on the 250. I think it will be fun and a change of pace – I’m really looking forward to it.

“It’s been two years on the 450, and I’m still planning to race it in motocross next year. The change has been fun getting back on the 250.”