Raceline KTM signing Rodbell out of supercross with visa issue

Factory KTM team to focus on SX2 program through the opening rounds. 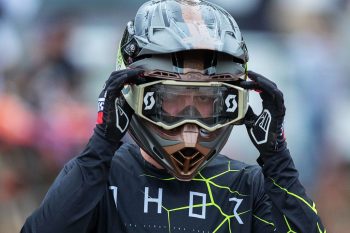 American Justin Rodbell has been ruled out of the 2019 Australian Supercross Championship opener in Brisbane, Queensland, this weekend after entering the country with an incorrect visa to compete professionally.

Rodbell, who had switched from KSF Racing to the factory-backed Raceline KTM team in place of the injured Hayden Mellross for supercross, announced this week that an error on his behalf has resulted in his return home to the US.

“I would like to apologise to the whole Raceline Motosport team for not being able to compete in the Australian Supercross Championship,” Rodbell stated. “This is completely my fault, I take full responsibility for not being over there on the correct visa. Basically, what happened was I got paid on a vacation visa and I needed to be on a professional sporting visa.

“[It] sucks my trip to Australia has ended this way – I met so many rad people during my stay in AUS. I’d also like to thank KSF Racing for taking me in and giving me a place to live. As for what’s next for me, I honestly couldn’t tell you. Sorry to Chris [Woods] for causing you all this stress, thanks for the opportunity.”

Raceline KTM team owner John Tisdale has since confirmed to MotoOnline.com.au that the organisation will be absent from SX1 for at least round one, however, it will field supercross rookie Regan Duffy alongside returning import Josh Osby in the SX2 category.