The teams are announced, countries preparing and bench-racing is building momentum – another edition of the iconic Motocross of Nations (MXoN) is almost upon us! Welcome to Motoview, presented by Thor MX Australia on MotoOnline.com.au.

It’s shaping up to be a fascinating MXoN at Assen in the Netherlands on 28-29 September and the general feeling is that Team Australia will be strong once again at the end of the month. The combination of Mitch Evans, Dean Ferris and Kyle Webster isn’t our A-team as such, but all three will be competitive.

Of course, a regular in the world championship this season with a number of good results to his credit in MX2, I’m tipping Evans will be exceptional in the green and gold as he was one year ago at RedBud. Despite his age of just 20 years, this will be the third time that he represents Australia on top of 2016 and 2018.

It’s almost as though we’ve literally witnessed his progression in front of the world, because back in 2016 as the newly-crowned MXD national champion he was a relative unknown. Now, he is one of our very best and the rumour is that he’s stepping up to the MXGP full-time in a factory seat from 2020 (more on that once we know more). 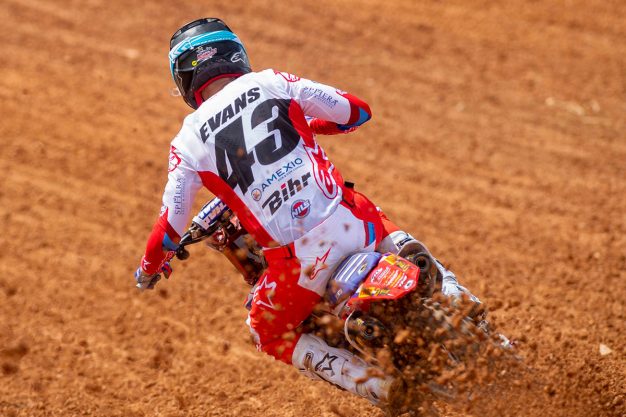 As for Webster, a Western Australian with plenty of sand experience, it’s no question that he has phenomenal speed in that terrain. It will be a huge, huge outing for him and I’m positive he will impress in the 250 class. And if he delivers, it could pave the way toward an international career in the longer-term.

Ferris has been a mainstay at MXoN throughout much of his career and will be our MXGP entry, so no doubt has experience on his side. He’s had some remarkable rides and a couple of more quiet performances in the event by his standards, however, if there’s one thing for certain it’s that a good result over there will make up for what has been a wasted year of sorts.

A bunch of people have wondered why we won’t be seeing 2019 MX Nationals champions Todd Waters or Wilson Todd take part, but from what we understand neither made themselves available for a range of reasons. I’d say Waters is focusing on supercross, as will Todd, but he’s already secured a place over there for 2020 with Kawasaki on the KX250 from what we understand.

It would have been amazing if Hunter Lawrence was fit and even if Jed Beaton had been racing enough to ride the 450 alongside Evans, but it wasn’t to be and I know as a country we’ll be right behind our squad. The neat thing has been that regardless of who the selectors have chosen, we genuinely have a really, really good crop of riders to choose from.

Who are the favourites? Personally, I can’t go past the home team of Jeffrey Herlings, Glenn Coldenhoff and Calvin Vlaanderen, but the French – going for a sixth consecutive victory – and also Team USA will be very serious threats for the Chamberlain Trophy. That’s it from me for this week, here’s Jeremy…

We’re just over a month out from the Australian Supercross Championship opener, and things are really starting to shape up for the invigorated series. 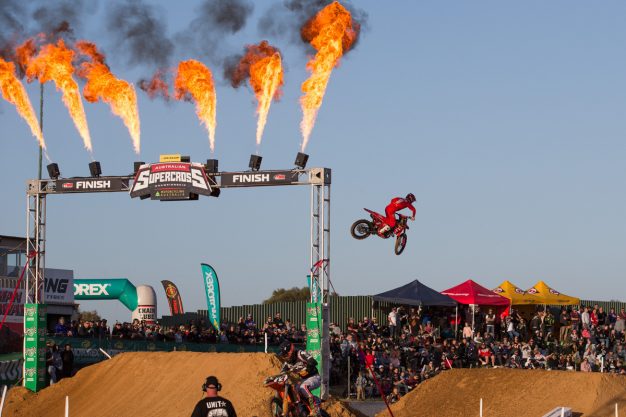 In the last month or so, a number of teams have cemented their line-ups, while many will remain the same as they have all season long in the Pirelli MX Nationals. Along with that, a host of Americans will be brought over for the entire series, which once again just strengthens the championship.

It’s disappointing to see the backlash on social media when these teams sign Americans, with many engaging in the negativity commenting that those rides could go to local privateers. While those comments have been littering these type of announcements for years now, there’s much more to it than simply putting a local rider in the spot made way for internationals.

As it stands, all the local talent that’s capable of yielding strong results across series are already locked into deals, or, they’re pursuing their own privately-funded operations – such as Jackson Richardson, who will be lining up with an array of supporters that are tailored to his liking.

Factory teams aren’t racing just to make up the numbers, and have marketing requirements that need be met to retain and attract sponsorship in the future. So, this where teams look outside of Australia to see how they can land on the podium, and most importantly, be in championship contention.

With the talent pool available at the moment, I personally don’t think there are any privateers travelling to races in their own van that could challenge for podiums or championships – even if they did have the luxury of a factory team.

Personally, I think the addition of Americans, particularly to the SX2 category where the talent pool generally isn’t as deep in supercross, will make for a stronger and more exciting series, which is a win for everyone involved.