Coonalpyn’s eighth and ninth rounds of the 2019 Yamaha Australian Off-Road Championship (AORC) saw Daniel Sanders earn the E3 title with two rounds to spare, along with dominating the weekend. In this edition of Conversation, MotoOnline.com.au checks in with the Husqvarna Enduro Racing Team rider. 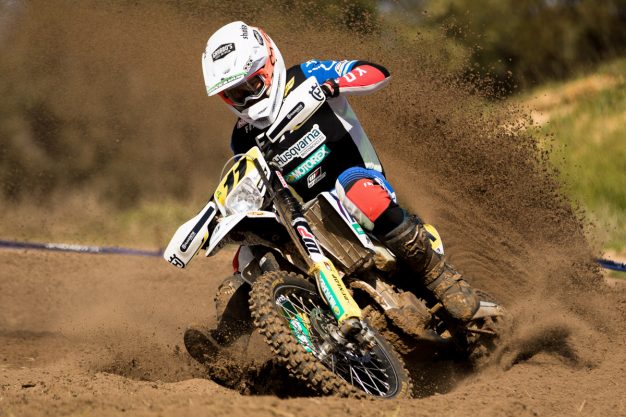 Cheers! It’s a bit of surprise, I found out on Friday that I could take out the championship. Unfortunately Beau Ralston couldn’t compete due to an injury, so that’s a bit of a bummer. It’s good to wrap it up and it was an awesome weekend on the FE 501 – I enjoyed every lap on it and it was handling unreal thanks to Choice Suspension and the team – he had it dialled.

It seems as the year has gone on, you’ve gelled better and better with the FE 501. At this point of the year, when you look at the outright results, you’ve been pretty dominant as well…

Yeah, for sure. At round one, I wasn’t riding where I wanted to be – I went back to the drawing board, put some hard training in and went to Dungog being a bit more competitive – I won the overall there. Hattah was the big shape-up for the year, but that didn’t go to plan – I trained my arse for that, but I didn’t get to do what I wanted to do. It’s not surprising to me – I know how much work I did for that event, but it’s carried through for the rest of the year, which I didn’t expect. It’s definitely helped me out a lot with learning about the bike and setting it up. It’s paid off. 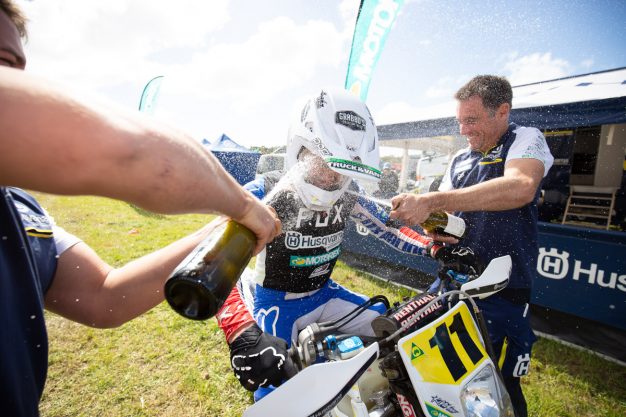 There were two different tracks in South Australia, what were your thoughts on them?

It was very sandy on Saturday – it was good, but it was only a very short test. It was really hard – you had be really fit and strong to hang on for the five and half minutes of the test – it was actually tougher than Sunday. On Sunday, we had a mixture of sand, hard-packed, and then back into the sand to finish, so it was a good weekend. It’s an awesome property, and they ran it really well – we had heaps of sprints, so we couldn’t take our minds off it as well.

You’ve got the final two rounds to go, and now that you have the title, you’ll want to continue that outright form and maintain momentum heading into the ISDE…

Yeah, only Milner and I have won the outright this year, so it’s been between us – I try not to think about it too much, but it’s not over yet. We’ve still got a cross-country to go through, and then the sprints. Anything can happen – you see how the weather goes, that can play a big part. All I can do is keep my ball rolling and stay fit and healthy. It’s only two weeks away – the form’s there, the bike’s there – it’s all falling into place, I just need to keep it together. The ISDE is after that – the speed is better than last year – Milner won it last year and we’ve been battling all year, so it’s going to be good for me and hopefully we can get on the podium again.