Milesevic and Bacon secure Women's and EJ victories in Sunday's ninth round. 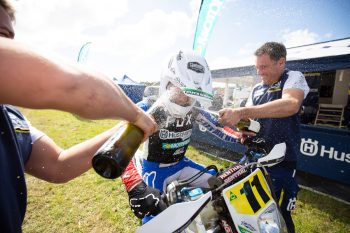 For the second day running, Sanders topped the unofficial outright times with a commanding performance, where he was also joined by Milner and Styke.

Emma Milesevic (Honda) and Kyron Bacon (KTM) were victorious in the Women’s and EJ classes. The AORC now heads to Hedley in Victoria for the final two rounds of the series on 14-15 September.