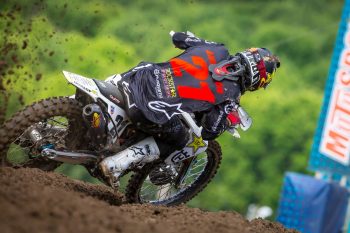 The three-rider squad that will make up Team USA for Assen’s 2019 Monster Energy FIM Motocross of Nations (MXoN) was revealed on the weekend at the Unadilla Pro Motocross national.

The once dominant nation has failed to earn the Chamberlain’s Trophy since 2011, with the prestigious event dominated by Team France over the last five years.

It was revealed last week that Kawasaki USA wasn’t prepared to send current Pro Motocross championship leaders Eli Tomac and Adam Cianciarulo, instead focusing on pre-season testing ahead of 2020.