After 10 rounds, the champions have been crowned in the 2019 Pirelli MX Nationals! This is Motoview presented by Thor MX Australia on MotoOnline.com.au.

It was an incredible weekend at Coolum in Queensland for the ninth and 10th rounds of the Pirelli MX Nationals – the weather turned it on, and the riders brought their best to table. 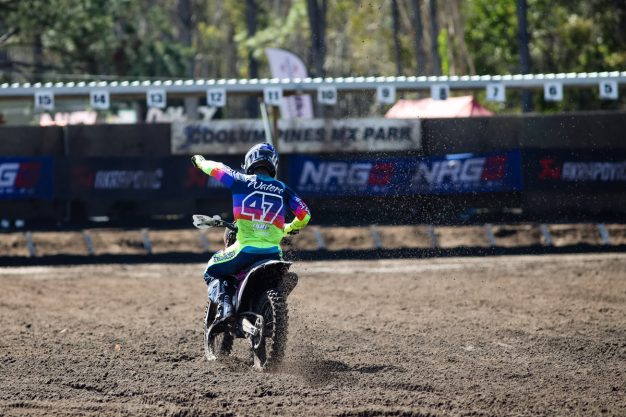 In fact, that was probably one of the most impressive factors of Coolum – all three champions seemed unfazed by the fact their was a championship to be won, and they all went out and pretty much dominated.

There were some incredible efforts, but I think the MX2 class served up the best racing of the weekend. Todd and Kyle Webster (Penrite Pirelli CRF Honda Racing) went at it at incredible speeds, plus Jay Wilson (Yamalube Yamaha Racing) and Nathan Crawford (Serco Yamaha) were equally as competitive, which made it all the more interesting.

Dylan Long (Empire Kawasaki) was another surprise, even though he shouldn’t be. He landed on the podium on Saturday with third, and backed it up with a strong performance on Sunday to steal second. He may have left till the end of the year to score his first podiums – which was really a result of injury at the beginning of the season – but he well and truly put his potential on display. It’s a timely boost for the popular Victorian as we head into the Australian Supercross Championship, which is Long’s favoured discipline, and one that he has seems to excel at more so in recent years.

If he can remain injury free, I think he’s going to be a real contender in supercross – he’s captured podiums before, but a hit of confidence from a pair of top threes last weekend, plus a lengthy period to prepare, he could very well be fighting for wins.