Racer comments from the ninth and 10th round of the MX Nationals.

A selection of riders detail the rounds nine and 10 of the 2019 Pirelli MX Nationals at Coolum in Queensland. Team and privateer competitors can submit comments to [email protected] by Monday afternoon after events for inclusion in the post-event Quotebook feature. 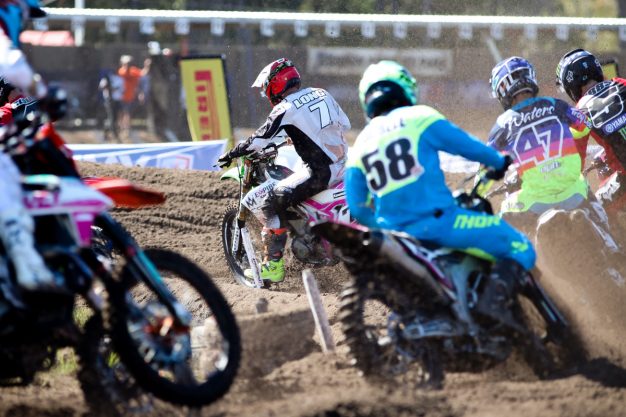 Kirk Gibbs (CDR Yamaha Monster Energy) – Second/19th overall:
I guess the weekend was a bit of a summary of my season. There were good days where I raced well and finished with good results and there were some tough days when I faced some challenges. So, to finish up in fourth place considering what’s has happened over the past 10 rounds isn’t so bad. I made the podium seven times in ten rounds, but also missed a full round plus one race and you just can’t afford to do that when contesting a championship at this level with so many high quality riders. I have enjoyed working with the CDR Yamaha Monster Energy Team and appreciate the support and infrastructure they provide. With me not doing supercross, my season is over now but hopefully I can be back out here again next season and chasing the number 1 plate again.

Luke Clout (CDR Yamaha Monster Energy) – Sixth/fourth overall:
I did everything I could all weekend and the boys in the CDR Yamaha Monster Energy Team really put in the hard yards but I wasn’t good enough today and Todd deserved his victory. I felt pretty good on the bike most of the weekend but I had a decent crash in the final race on Saturday afternoon which left me and my bike pretty battered. The team worked through the night to get it back into perfect shape and we gave it our all, but just couldn’t get it done. Congratulations to Todd and his team this year. I know he has wanted this for a long time and he has been great to race with all season. For me it was a better result than last season which is good, and the CDR Yamaha Monster Energy Team have been amazing to work with. Finishing second has given me more motivation to work harder for next years championship and I will be back to give it 100 percent. Thank you to my team, my family and my girlfriend for their support this season, also to WEM and the series sponsors in making the MX Nationals happen. Time now for a few days off and then its back into it for Supercross and I can’t wait to get back in the stadiums again.

Jesse Dobson (Husqvarna) – 15th/sixth overall:
The weekend was bittersweet for me. Qualifying fastest on Saturday, and second fastest on Sunday, only just missing out on Superpole, so I had a lot of confidence going into the races. The first moto of the weekend, while moving forward, I came together with another rider and hurt my foot to the point where I couldn’t start the second back-to-back moto. I pushed through for sixth in last race of the day on Saturday, but I struggled with my starts all weekend and had to push hard to get back into the top five. In the end, I’m really happy with the pace I had all weekend, and although I believe I had the potential to finish the season with a better result, I’m happy to have been consistent with two fifth places on Sunday. It’s an honour getting the Andrew McFarlane top privateer award, it’s been a tough year and I can’t thank everyone enough that has helped me and supported me along the way.

Richie Evans (Yamalube Yamaha Racing) – Ninth/ninth overall:
Looking back over the year, I feel like I learned a lot and made some improvements as the season went on. Things didn’t start well in the mud at Appin, I then broke a chain in Wonthaggi, followed by a virus at Broadford so my first three rounds were a mess. The goal for me from the team was around the 5-8 position and I was able to finish seventh so that was good. I would loved to have finished higher and still think I’m capable of a lot more, especially now with a year in the MX1 class, I know there are several things I can improve on. Still, I got through the season healthy and now we can turn our attention to supercross. Thanks to my mechanic Jed and the Yamalube Yamaha Team for working so hard to keep my bikes in good shape and look forward to supercross getting underway.

Brett Metcalfe (Penrite Honda Racing) – Fourth/third overall:
The weekend was tough, the track didn’t give you an inch of rest and the 30 minute races were really testing. On Saturday we went in the wrong direction for the first two races, in the third and final moto we found some pace and stability. The first race was solid. I made some passes and was able to get within two seconds of Todd Waters throughout the race. We gapped third and fourth by over 20 seconds. The bike felt great and the team made some massive gains. The final round was solid for us, we found something and we were competitive. Overall this season is difficult to accept. I am happy with the second half where we claimed three podium finishes. We need to take the positives from motocross and learn from the negatives.

Lawson Bopping (Empire Kawasaki) – 27th/DNS overall:
Over the last couple of months I’ve been dealing with health issues again, so it’s been difficult in these last few rounds. Yesterday started off pretty decent and I was around fourth at the start of moto one, but obviously just couldn’t hang in there and faded back. From there I got sick and it was dangerous for me, so it’s really disappointing. I’ve had a great time with Empire Kawasaki and am super thankful for them to put me on-board.

Dylan Long (Empire Kawasaki) – Third/second overall:
I’m really stoked for myself and the Empire Kawasaki team to finish the season with these podium finishes. The goal was to get better and better at every round once I came back from injury and we did that. After finishing third yesterday, I knew I would have to back it up today and we managed to finish second, so we’re really happy. The track was gruelling this weekend and especially today, but Empire Kawasaki had my KX450 working so good in these conditions and I can’t thank them enough!

Todd Waters (DPH Motorsport Husqvarna) – First/first overall:
I’ve wanted this for so long, and I’m pumped to be able to do it with such a great group around me. From personal sponsors that have been with me through my whole career, to new supporters, and the team at DPH, my family, and especially my Dad Steve. Having him behind me at every gate drop has been unreal and really helped to take the pressure off and just enjoy racing my bike. I’ve said it a lot this season, but I really love riding the FC 450. DPH builds a family atmosphere where it’s easy to relax, focus and get the job done and that’s exactly what we did this weekend. I was confident coming into the weekend that I could wrap up the season, but I never expected to have a perfect finish with two superpoles and five race wins! 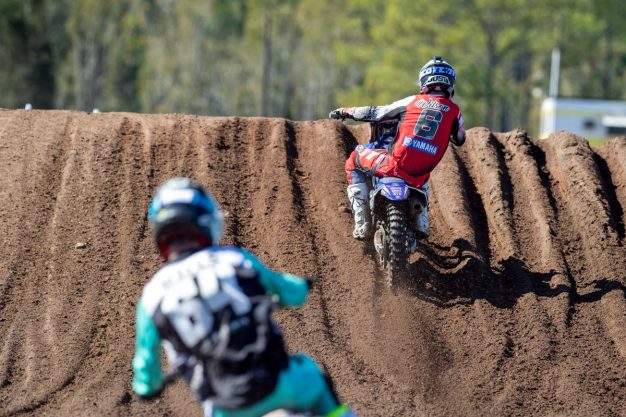 Jay Wilson (Yamalube Yamaha Racing) – Third/third overall:
I gave it my all and have no regrets. The MX2 class has five really fast guys and the racing is so tight that you can ride well and finish fifth in the race but I feel I left everything out there and I’m happy with my season. I was fourth last year, so this is a better result and I think the level of my riding was far more consistent this year than it was in 2018. I made the podium seven times, including a round win at Gympie and I was never outside the top five in any round. Thank you to the Yamalube Yamaha Team for creating such a fun environment for me to go racing and all our team sponsors who make this happen. Also, a huge thanks to my wife and family for the effort and sacrifice for me to go racing. I’m sore and tired from the weekend, but pretty content with how things went.

Kyle Webster (Penrite Pirelli CRF Honda Racing) – Second/second overall:
Wilson was on it this year and you can’t take that away from him. I’m pumped to be here – I haven’t been here in a championship before – because it’s the first time for me and the team. It was a good way to finish off the weekend with the [moto] win, of course, we always want to win, but we’ll take this and I’m definitely stoked with it. We’ll try chase this again and hopefully get back after it next year.

Wilson Todd (DPH Motorsport Husqvarna) – First/first overall:
This one means a lot. We did it a lot tougher [this season], and the boys rode good all year. We had a bad round at Murray Bridge and it closed it right up, but in the second half of the season, these guys were really on it, so it made it hard on us. We’re so glad to make it happen. It’s special, just like last year, but even more because it came down and it was really tight at the end. You go to bed and you have your demons speaking to you at night saying ‘this could happen, that could happen’, but we came out and everything went smoothly.

Bailey Malkiewicz (DPH Motorsport Husqvarna) – Ninth/11th overall:
I really felt like I could’ve been in the top five this year but it wasn’t to be. I walk away from my first year in MX2 with a lot of positives. Although crashes did slow me down, I’ve led from the front, and run the pace of the fastest riders, moved forward through the pack and proved that I have what it takes to be at the front of the MX2 class. I’m disappointed to not finish the season with stronger race results, but I’m happy with my speed and can’t wait to get into supercross!