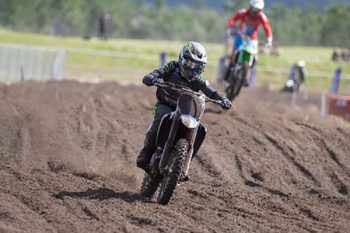 The final two rounds of the MX Nationals, held in Coolum on Queensland’s Sunshine Coast on Saturday and Sunday, have seen WBR Yamaha’s Max Purvis take a well-deserved round win, and ultimately secure second in the MXD Championship.

It was a challenging weekend, which saw an uncharacteristic crash from Gibbs in Sunday’s first moto, after winning second overall on Saturday.

Dobson, despite injuring his foot in the first of the back-to-back sprint races and recording a DNF-DNS, bounced back for sixth in the final moto before racing to a 5-5 result after two more superpole appearances.

With most racers electing to use Dunlop Geomax MX12 rear, paired with the MX33 front, on the sandy Coolum circuit, the MX2 class saw some intense battles.

Late-season hard-charger Nathan Crawford continued to show incredible speed all weekend and Jay Wilson put in a fast, consistent effort, with both racers finishing every session within the top four across rounds nine and ten, securing third and fourth for the season.

Dunlop Motorsport Manager Robbie Bugden: “What a season! It’s been great to see racing come down to the wire and really showcase the depth of talent in Australian motocross.

Dunlop riders took five of the top ten MXD places; Jay Wilson, Nathan Crawford and Aaron Tanti sealed three of the top five positions in the MX2 class; and of course, Luke Clout, Kirk Gibbs, Richie Evans and Jesse Dobson secured four of the top eight in MX1. Even though I know it wasn’t the result he wanted in Coolum, it was great to see Jesse Dobson secure the Andrew McFarlane Cup for the best placed MX1 privateer.

Jesse proved over and over again this season that he had the speed to mix it with the best in Australia on a dealer-backed, low-budget program and I’m glad we could be a part of his achievements this season.

We’re proud of all our teams, riders and supporters and the results they’ve achieved this year.

As ambassadors of Dunlop at the highest level of the sport, we couldn’t be happier with the way Dunlop has been represented this year, and we look forward to the remaining challenges still to come in 2019 with AORC, ASBK, Dunlop Series, Supercross and more.” 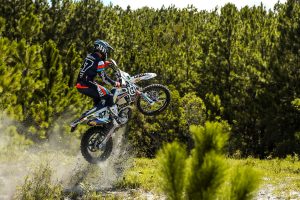