The riders we’re tipping will excel during this weekend’s season-finale.

The 2019 Pirelli MX Nationals concludes this weekend at Coolum in Queensland, marking round nine and 10 of the prestigious series. Predictions is MotoOnline.com.au’s brand new feature, where we call the riders that will top the weekend in our opinion. Round nine – 1. Todd Waters 2. Luke Clout 3. Kirk Gibbs:
Right off the bat, we’re predicting it’s going to be a head-to-head battle between Todd Waters (DPH Motorsport Husqvarna) and Luke Clout (CDR Yamaha Monster Energy), as the pair challenge for the crown. Clout has proven himself as a favourite in the sprint format that will run on Saturday, while the Coolum circuit is set to play into the favour of Waters. Rounding out the podium we believe will be Kirk Gibbs (CDR Yamaha Monster Energy).

Round 10 – 1. Kirk Gibbs 2. Todd Waters 3. Brett Metcalfe:
Sunday’s finale is going to be an interesting one, and it really depends how Saturday’s results turn out as to who we think will be standing atop the podium. If Waters can get the edge on Clout, then we believe Gibbs will take out the win as Water’s settles for second, followed by Brett Metcalfe (Penrite Honda Racing) finishing off his campaign with a podium.

Championship – 1. Todd Waters 2. Luke Clout 3. Hayden Mellross:
With just two points separating Waters and Clout, it’s going to be an epic battle as they each endeavour to claim their first premier class crown. We think Waters will get the job done over Clout, while an injured Hayden Mellross (Raceline KTM Thor) secures third. 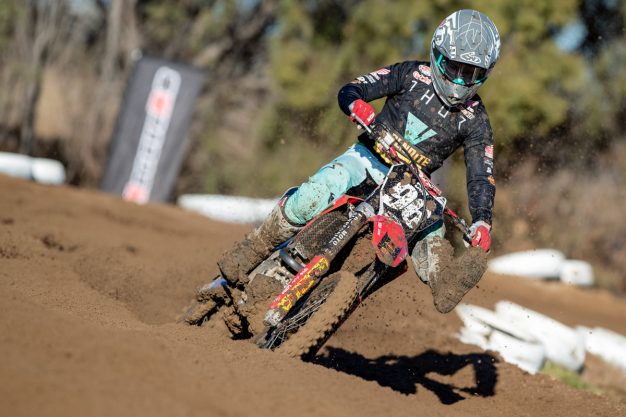 Round nine – 1. Wilson Todd 2. Kyle Webster 3. Jay Wilson:
Donning the red-plate, we’re predicting Wilson Todd (DPH Motorsport Husqvarna) will come out firing in the ninth round, in which he’ll hope to strengthen his points lead. Kyle Webster (Penrite Pirelli CRF Honda Racing) will be challenging for victory, especially being last year’s winner at the circuit, while Jay Wilson (Yamalube Yamaha Racing) will be equally as competitive. It’s going to be an interesting one!

Round 10 – 1. Kyle Webster 2. Jay Wilson 3. Wilson Todd:
If Todd can in fact stretch his lead, then there’s a good chance he’ll take it ‘easy’ in Sunday’s races, or perhaps take less risks. We believe Webster will step up to round out the season with a win, followed by Wilson and Todd.

Championship – 1. Wilson Todd 2. Kyle Webster 3. Jay Wilson:
Todd is in the best position to claim the title, which would make it two in a row for the factory Husqvarna ace. With a three-way fight, it’s going to be one helluva weekend of racing, but in the end, we think Todd will get the better of Webster and Wilson.