Racer comments from the seventh round of the MX Nationals.

A selection of riders detail the round seven of the 2019 Pirelli MX Nationals at Maitland in New South Wales. Team and privateer competitors can submit comments to [email protected] by Monday afternoon after events for inclusion in the post-event Quotebook feature. 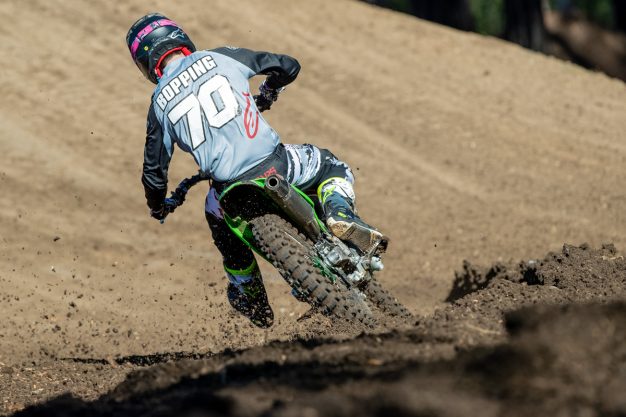 Kirk Gibbs (CDR Yamaha Monster Energy) – Second overall:
Today was good with another podium result. My start in the second back to back was really the only little mistake I made for the day but in those shorter races, good starts and track position is so important as there are 10 guys who can go fast for seven or eight laps. But still happy with how things went and making good progress since my shoulder injury so I can’t complain too much. The championship is highly unlikely since I missed a round in South Australia but the goal since then has been to win races and get on the podium as often as possible at the remaining rounds and so far things are on track.

Luke Clout (CDR Yamaha Monster Energy) – First overall:
I didn’t have the greatest day at the last round so it was important that I bounced back strongly this weekend and get things back on track. I felt pretty good all day but my starts in the back to back races really set up my day as I was in a good position both times and able to capitalise on them to take the race wins. The last moto start wasn’t as good but I was able to put my head down and make some passes and secured the overall win. It felt pretty good coming across the finish line and feeling like I had put in my best effort and was rewarded with the round win. The team did a great job today and the bikes were awesome. It showed in the results with Kirk and I winning all three races and going 1-2 for the day that CDR Yamaha really do the work.

Jesse Dobson (Husqvarna) – 15th overall:
It was an up-and-down day today. I felt really good in qualifying, setting the third fastest time, but a few small mistakes in my Superpole lap gave me the fifth gate pick. In moto one, I felt good, coming through the pack to fifth but came together with another rider and went down hard. I managed to finish the race, but as I lined up for the second moto in the back-to-back format, it was clear that we couldn’t get the bike straight enough to race in the few minutes we had. Aiden fixed up the FC 450 as I re-grouped and rested up for the final race of the day where I was able to put a consistent race together to finish fifth. I’m happy to finish on a better note but we will continue to work hard and be ready for the last rounds. I can’t thank everyone enough for making this possible and being behind me, in particular Aiden for being on the ground with me at every race, allowing me to focus on riding while he makes sure the bike is ready to go. If you catch the Live Stream on NGRTV, of race three, he gives a great little interview

Richie Evans (Yamalube Yamaha Racing) – 10th overall:
It was a frustrating day for me and that I in the first couple of races, I just got caught in other riders’ problems. Then in one of the crashes, I jammed my knee pretty hard and had to go see Racesafe to get treatment. But I was happy with the last ride. I was in a battle for fifth for the majority of the race and just had a couple of ordinary laps later in the race. I will get my knee looked at and hope to build on the last race at Maitland when we get to the next round.

Lawson Bopping (Empire Kawasaki) – 13th overall:
Today started off good when I qualified in sixth. In the first two races I got an eighth and a 13th, but I was pretty tired in that last moto. I only got a couple of laps down and I was extremely exhausted – my body pretty much shut down. I ended up taking 18th, which is disappointing because I don’t know what’s going on with my body. I’m seeing a doctor in the next week and I’m really excited to see him because he’s an expert on diabetes and the immune system. Overall though, the weekend wasn’t too bad, all things considered.

Dylan Long (Empire Kawasaki) – Sixth overall:
It was a pretty good day for me. I didn’t qualify the best, but it was better than the last round. My starts were really good today – the first race I was running fourth before hitting neutral and crashing. I dropped back to 10th, but managed to finish seventh, so that wasn’t too bad. I was fifth in the second one and, in the last one, I came back from about 10th to finish sixth. I was only one point off of fifth overall, so it was a decent day for me.

Todd Waters (DPH Motorsport Husqvarna) – Fourth overall:
I’m pretty disappointed after that to be honest. Fourth overall is a good result for a bad weekend, but I’ve made no secret of the fact that I want to win races. I was second fastest on-track in qualifying and ended up with a slightly slower lap than that in superpole for fourth gate pick. In all three races, I managed to move forward on the FC 450 after each race start, so there’s positives to take away, but I’ll head back home with some things to concentrate on before Moree. 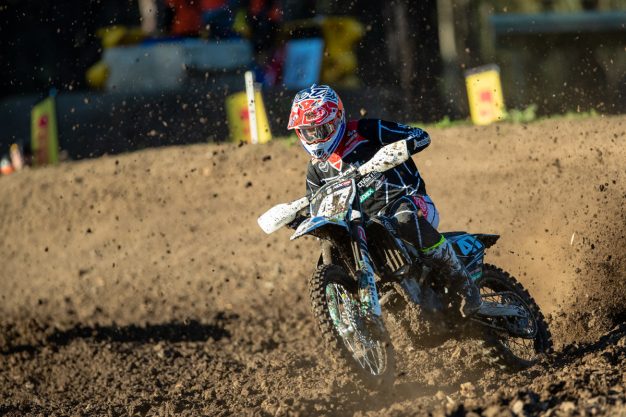 Jay Wilson (Yamalube Yamaha Racing) – Third overall:
Each weekend my goal is to get on the podium and it was good to get on the box this weekend. That’s five podiums in the seven rounds so far and it’s put me in a position as far as the championship goes but with three rounds to go, including the double header at Coolum, there is still a lot of racing to come. Kyle and Nathan both had good speed today and I was just half a second off it and that’s all it takes and it the difference between first and third. Next round is at Moree, which is a track I rode and raced a lot as a kid so I’m hoping for a good result there and put plenty of pressure on the guys in front of me in the championship leading into the final weekend at Coolum.

Kyle Webster (Penrite Pirelli CRF Honda Racing) – First overall:
I felt strong on the bike and really gelled with the track from the moment we first rolled out there. And it turned out to be one of those race days where you couldn’t ask for much more. I actually hit the gate at the start of moto one and then in the first few laps I had a little tip over, but thankfully it wasn’t much and I could quickly put that all behind me and start a charge forward. In the second moto I got a great start, and when Wilson Todd went down in front of me, that gave me the lead and from there it was all up to me. I just maintained my focus and speed and I’m stoked I got the race win and that gave me the overall round win on a tie-breaker, which is awesome. With three rounds to go, it’s going to be an exciting finish to the championship and I’m just going to keep doing what I have been doing – I don’t want to change anything.

Nathan Crawford (Serco Yamaha) – Second overall:
Its so good to be back and racing properly again. That first race win was so good and the I had to work hard for it and all the good riders in the race were up the front and I was able to get past them. Coming up the final straight to the finish line was such a relief to finally win a race again at this level and get a reward for the work everyone has put in. Race two was just a little too little, too late. I charged up to Kyle, but he responded and rode the last two laps really well. He deserved to win it as I gave it all that I could and wasn’t able to pass him. Thanks to so many people for standing by my while I got back to speed and now I’m so motivated to be back in the game and doing well and what I love.

Aaron Tanti (Serco Yamaha) – Fourth overall:
There were battles out there in both races and the opening couple of laps were pretty hectic as we all knew we needed to be up the front early. I felt my speed was pretty good, but I just had to back off a little in race one when my finger got jammed. Overall, it wasn’t a bad weekend, but I want to be on the podium at every round and I came up short this weekend.

Wilson Todd (DPH Motorsport Husqvarna) – Fifth overall:
Even though I was over a second faster than everyone in qualifying, I just didn’t feel comfortable today in the races. I had a strong position in the first race, and a crash in the second while leading, so it just didn’t come together. I finished fourth and sixth, so it’s far from a disaster and I still keep the lead in the championship, but I expect to win. This gives me some motivation though to put in the work before next round.

Bailey Malkiewicz (DPH Motorsport Husqvarna) – Seventh overall:
A bit of a rollercoaster day really. After grabbing the holeshot and leading for six laps, I hit a soft section of the circuit and lost a lot of track position. The track changed a lot through the day, and in the second race we just struggled with set-up and I slid back a few positions to finish fifth after another solid start. I was confident going into the weekend that I could do well, and my race speed backed that up, so I just need to keep concentrating on minimising mistakes and my overall’s will improve.