MXGP of Indonesia top five another step forward for Beaton 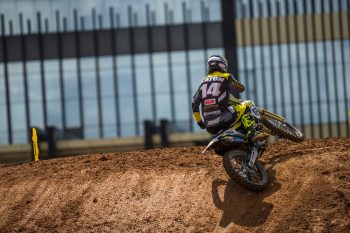 Australian Jed Beaton has continued to build his form in the MX2 World Championship after scoring a top five finish at the MXGP of Indonesia at the weekend.

The Rockstar Energy Husqvarna Factory Racing believes he’s finally delivering the pace he’s capable of after suffering a number of setbacks throughout the opening half of the season, scoring a pair of fifth place finishes at the Palembang circuit.

“It’s been another good GP for me,” said Beaton. “I felt like Germany was a really good step in the right direction, and that I was finally managing to put things behind me and deliver the pace I know I can. I kind of kept that momentum going here with two more strong results.

“It was a tough GP, we all knew the heat wasn’t going to be too much fun, but both races went well for me. I’m pleased things are moving in a good direction now, hopefully next weekend will be another positive weekend, too.”

The former Australian MX2 champion sits 10th in the championship rankings as the series heads to Semarang this weekend in Indonesia.