Milner qualified fastest following Saturday’s Prologue with a blistering 2m45.417s lap-time set in the Top 10 Shootout before charging to his second-career Hattah victory, while also clinching the Over 450cc 4-Stroke class win in the process.

This year’s race was declared halfway following four laps of the 37-kilometre course because of the treacherous weather. Milner was able to complete the race in 2h14m22.051s, reaching the chequered flag 3m21.159s ahead of teammate Lyndon Snodgrass and Josh Green (Yamalube Active8 Yamaha).

“It’s such a good feeling to win Hattah after breaking my collarbone six weeks ago and undergoing surgery before I then had tendon problems in the opposite arm once I was back on the bike,” Milner explained. “I’d only had four days on the bike and one day of testing, so to bring it home is an unbelievable feeling and the KTM 500 EXC-F is such a weapon to ride!

“Things went our way in the race and we didn’t miss a beat – the bike was very similar to how I rode it last year in terms of set-up. It really was a matter of making sure we could get through the race and it became a case of survival, so I was being as consistent as possible.

“The decision to cut the race short was the right one in those conditions and I’m really happy to get another outright win here, that’s for sure.” 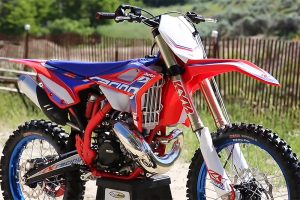 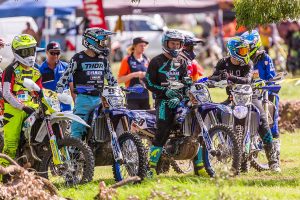