Italian boot manufacturer Forma has been crafting quality motorcycle products for two decades now, although its presence in Australia has been limited up until recently, when the brand’s distribution was adopted by the highly-regarded Lusty Industries operation.

Spearheading its MX line-up of boots is the Predator 2.0 model – a premium dirt bike boot that we’ve been putting to the test over the last month.

It’s always easy to be skeptical about new or unfamiliar brands, especially when it comes to an important piece of protective equipment, such as motocross boots. I was already aware of the technology and development that has gone the Predator 2.0, although my mind was put at ease immediately after trying them on. There were three points I was quickly impressed with – firstly, the sizing was true to size, secondly, the internal comfort was immediately noticeable, and thirdly, the structure of the boot was sturdy where it needed to be. Those three things gave me confidence in the product before I even hit the track.

The Predator 2.0 utilises Forma’s Flex Control System (FCS), which is where flexing is encouraged and controlled by the double pivot that permits a safe and natural flex movement in the ankle area while riding.

There are two rear stops at the two pivots at the flex points, so backward flexing is blocked at a maximum 33 degrees, while the structure of the torsion system prevents abnormal lateral movements in the ankle, which has maximum torque allowance of 15 degrees. 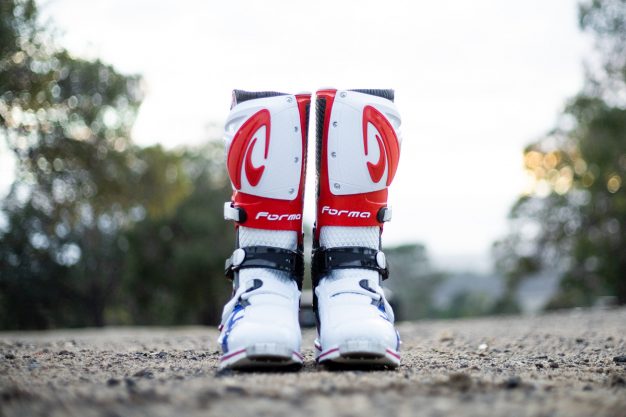 The support system is one of the most impressive I’ve witnessed and ridden in – it allows you to easily shift through gears and hop on the brakes – helped also by the boot’s low-profile – yet when things got gnarly, you could really feel the system come into play and prevent your lower-leg from doing things it shouldn’t.

The internal sole uses memory foam, enhancing comfort, while the mid-sole boasts EPA shock-absorbing foam – a neat feature that strengthens the boot’s protective qualities. Externally, the sole is grippy on the pegs, and even though we’ve only used the boots for a month, there’s hardly any noticeable wear. Forma has also stuck with the traditional incorporated steel shank toe cap.

The all-round comfort previously mentioned comes from the thermoformed and ergonomic ankle padding, made in protective and shock-absorption foamed PU-material fused with a polyester lining. It’s also worth noting that the boot is well ventilated and it’s water-proofing  works quite strongly. 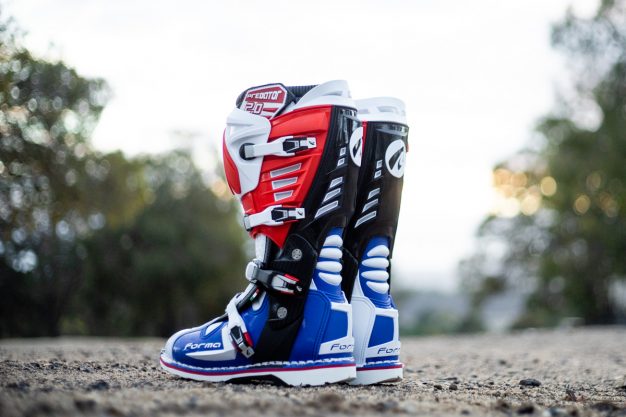 The four-buckle system is works well, although I found that they needed extra attention when cleaning, as dirt seemed to stick in the pivots. It’s about the only thing that can be faulted with the Forma’s, and it’s a quite trivial downfall.

Riding dirt bikes is all about confidence, especially with the protective gear you’re wearing, and the Forma Predator 2.0 boot was a clear boost for me, which is why I rate it as one of my favourite offerings on the market. Priced at RRP $599.95, the boot is available in varying colour options. For more information, visit www.lustyindustries.com.