Ferris shifts focus to second half after ‘demanding’ Southwick 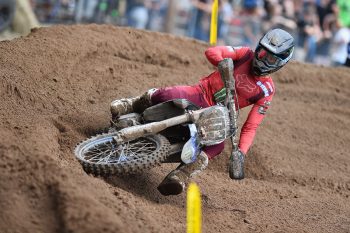 Ferris has been consistently strong across the first half of the AMA outdoor season and the weekend marked another credible performance.

Since joining the factory Yamaha organisation in the US as a triple Australian MX Nationals champion, Ferris has displayed his share of gritty efforts. Southwick saw him fight forward from outside of the top 20 in both motos to take 8-12 results.

“I had a terrible start in moto one and had put in a really big fight,” Ferris recalled. “I am quite happy with the moto and wasn’t too far behind some really big guys.

“In moto two, I ended up going down and it was really physically demanding. I’m glad it’s over and we can focus on the next race.”

With RedBud next on the schedule, round seven of a scheduled 12, Ferris currently sits eighth in the 450MX standings. He’s directly behind teammate Justin Barcia, now 23 points in arrears.