Gympie played host to round six of the Pirelli MX Nationals, and what a return to racing it was. Welcome to Motoview presented by Thor MX Australia on MotoOnline.com.au.

It’s not often a brand-new venue creeps its way onto the MX Nationals calendar, but that’s exactly what happened at the MX Farm in Gympie on the weekend. Recently completed, round six marked the first-ever race at the Queensland circuit, and well, pretty much the first time with multiple riders on track.

Despite lacking moisture – something the venue has vowed to fix for next year – the track has solidified itself as one of the best on the calendar, offering up sizeable jumps, elevations changes, and a lengthy straight to stretch the throttle cables.

The racing proved to be pretty tight also, and while the dryness of the track may have contributed to the difficulty in pass (with the way it formed up), there were plenty of great battles unfolding. 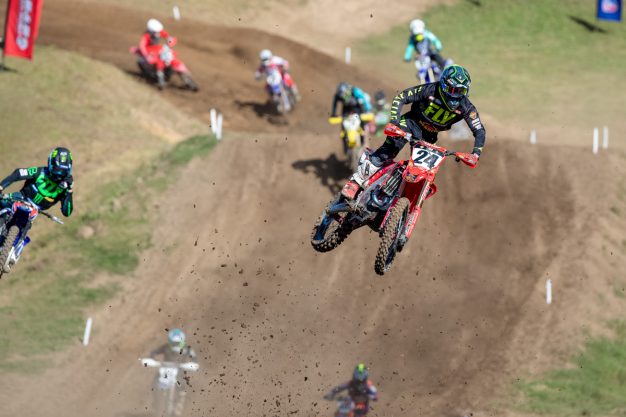 The mid-season break has certainly done wonders for the championship, with a number of riders recovering from injuries and finding form, which is probably why there were multi-rider fights for position happening at the pointy end of the field.

Following a raft of injuries, it was great to see Brett Metcalfe (Penrite Honda Racing) right back in the mix, looking as competitive as ever, as it was also to see Nathan Crawford (Serco Yamaha) mixing it up front in the MX2 category. It’s been a couple of years since we’ve seen him in this type of form, and it’s really just the beginning for the Queenslander.

The points are even tighter now in the premier class, with just five points separating Todd Waters (DPH Motorsport Husqvarna), Luke Clout (CDR Yamaha Monster Energy) and Hayden Mellross (Raceline KTM Thor). It’s been one of the most unpredictable seasons to date, and we’re in for a thrilling title chase!